The One That Got Away

Stingers Lose In Dying Seconds Against Laval Rouge et Or

The Concordia Stingers dropped their most recent contest to the Laval Rouge et Or this past Thursday night, losing 79-77 at the Concordia Gymnasium. The Stingers failed to keep pace in the standings, and allowed Laval to jump to second in the RSEQ.

Despite leading for most of the contest, the Stingers lost the lead with 12 seconds to go in the fourth quarter. Laval’s Alexandre Leclerc made a game-tying basket while being fouled, and gave his team the lead with a free throw. 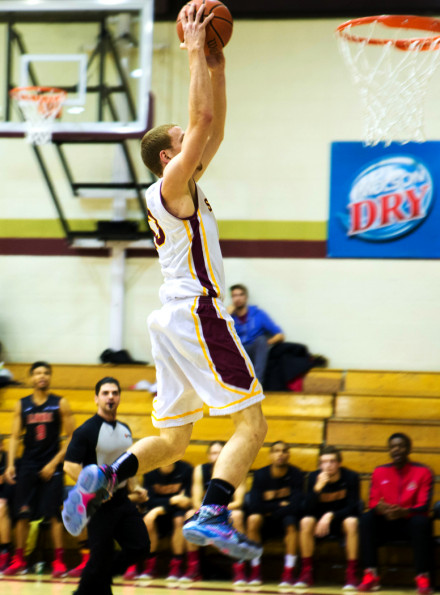 The Concordia Stingers dropped their most recent contest to the Laval Rouge et Or this past Thursday night, losing 79-77 at the Concordia Gymnasium. Photo Elysia-Marie Campbell

“We should’ve been able to put them away down the stretch,” said Stingers head coach John Dore. “We made some errors.”

“We shouldn’t have allowed him to get that shot. He should’ve been on the foul line shooting two [shots].”

ConU also committed 22 turnovers throughout the game, a statistic that did not sit well with Dore.

“Far too many turnovers which hurt us in the end,” said Dore. “We let it get away,”

“We didn’t take care of the ball,” said Stingers forward Ken Beaulieu. “We made some bad turnovers.”

Three players scored 11 points for Concordia—guards Aamir Gyles and Inti Salinas, and forward Michael Fosu. As for Laval, four players, including Leclerc, scored over 10 points for the Rouge et Or.

The two teams will meet once more on Saturday in Laval at 7:00 p.m.