Laval 33, Concordia 7: Stingers defeated in first game of the season.

The Concordia Stingers football team dropped their season opener against powerhouse Université Laval Rouge et Or by a score of 33-7. Laval's starting quarterback Thomas Bolduc had a day with 267 passing yards, two touchdowns to go along with a 67% completion rate on his passing attempts. The Rouge et Or running back, Phil Lessard rushed for 127 yards and a touchdown. His longest rush of the day was a 72-yard run. Despite the lopsided score, Olivier Roy made his first career start at quarterback for the Stingers and looked fairly comfortable in which is sure ot be his role for the 2021 season. He passed for 216 yards and completed 58% of his passes. The Stingers' next game will be played on Sept. 10 against Université de Montréal at the CEPSUM at 7:00pm. 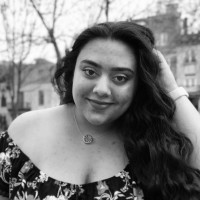