In a show of solidarity within the English theatre community, nine Montreal companies gave the city a peek at what can expected next season.

On May 30, the companies joined forces at the Conseil des arts de Montreal on Sherbrooke St. E. to present their programs for the 2019-2020 year.

“Part of what I think is so cool about this launch is that we are nine very different companies,” said Amanda Kellock, Repercussion Theatre’s artistic director. “But we work together in a lot of different ways and support each other, and we all believe in the work that each other are doing.”

“We can have a very different mandate, but at the same time, we can be enthusiastically supportive of another company,” she continued.

While each of the theatre companies produce very different styles of work, from politics to comedy, together they create the flourishing network that keeps Montreal on the map as a theatre hub.

This year, one theme that was shared and discussed amongst the companies was the use of new technologies, and relevant issues such as the climate crisis.

“I think that as technology advances and as humanity advances, the idea of theatre needs to grow with them,” said Quincy Armorer, artistic director of Black Theatre Workshop. “As we are evolving as a society, theatre needs to do the same.”

“When I’m choosing the season, I say, how can I make my life difficult?” joked Teesri Duniya Theatre co-founder Rahul Varma on stage.

Established in 1981, Teesri Duniya Theatre has always advocated for diversity, producing works that cross cultural boundaries. Some of the season’s releases include Burq Off, a play about that liminal stage between traditional Pakistani culture and the Western World. The topical play will examine the notion of Bill 21 and its effects on women. 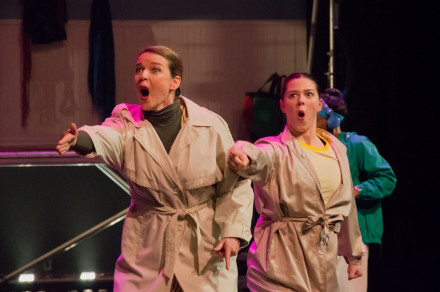 Another play, Beyond sight, is made specifically for the visually impaired. The play will convey an experience that doesn’t involve sight.

Armorer said that as Canada’s oldest Black theatre company approaches their fiftieth season, the pressure is on.

“The ‘raison d’être’ of the company was to make sure that the stories of the Black communities were being part of the narrative in the industry,” Armorer explained. Today, Armorer’s goal is to introduce more diversity to the company.

“I wasn’t seeing as much of the LGBTQ community within the Black community,” he explained. “We’re trying to make sure that Black Theatre Workshop can find our version of diversity within our cultural specificity.”

This year, Black Theatre Workshop will be producing the works of seven playwrights, including the 1985 Fences, a Pulitzer and Tony award winner.

“This season coming up, we’ve got LGBTQ, Trinidadian, African from Ghana, Haitian, we’ve got a lot. And I’m really proud of that,” he added.

“I think [laughter] can make an audience into one unit,” said Dean Patrick Fleming of Hudson Village Theatre on stage. “[It] puts a crack in the barriers we put between us.”

This year, the company will be producing The Drawer Boy a classic Canadian play about two farmers and an actor. Set in 1972, the play will be shown in July at a train station restored into a theatre, truly setting the scene for this dramatic, complicated, and, according to Fleming, beautiful story.

“I think that as technology advances and as humanity advances, the idea of theatre needs to grow with them.” — Quincy Armorer

“The theatre has done more summer stock and has been more light comedies,” he explained, “and I am changing that this year.”

The theatre company, which produces Shakespeare in the Park, a free show that tours all around the city, is breaking their mold this year with a collaborated production with Tableau D’Hôte Theatre.

The play Thy Woman’s Weeds “follows a chorus of seven women who talk about and wrestle with the idea of performing Shakespeare today as a woman,” explained Kellock.

“I’ve always believed that if somebody comes to see my show, my hope is that that’s going to inspire them to go see another play,” said Kellock. “And so, I think that if we can encourage each other and encourage people to see each other’s shows, ideally it benefits all of us.”

The company will also be producing Shakespeare’s Measure for Measure, a “dark comedy about politics and religion,” said Kellock.

For Tableau D’Hôte Theatre, the year’s theme is reclaim.

“Stories that define us, collectively and individually,” explained co-founder and artistic and executive director Mathieu Murphy-Perron on stage. This year, they will be showing exclusively new works. 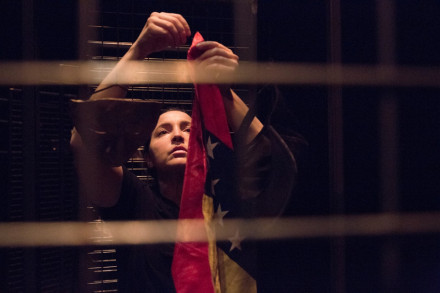 For more than a decade, the company has always produced Canadian works.

“I’m ready to start giving to the canon,” Murphy-Perron explained. “There are so many great playwrights in the city. I want to help them develop [and] tell the stories that they want to tell.”

Of this year’s upcoming program is Winter’s Daughter. A story that takes place in post-World War One Italy, “where a couple copes with tremendous trauma and loss while wrestling with how to care for a Jewish child suddenly abandoned at their doorstep,” reads the blurb for the show.

Of Imago’s upcoming productions, The Tropic of X will throw the viewer into an almost post-apocalyptic wasteland. This play will take the audience to “the end of the alphabet,” where “two street kid lovers” will roam the wasteland in this daunting tale of consumerism.

The company will also be collaborating with Geordie Productions to produce Persephone Bound, a play that will explore one woman’s experience of sexual assault, and that takes place in “three vivid realms.”

Catering to youth, this company will open up a performance and digital media classes to “help the future generation of theatre artists to keep the ball rolling,” announced the company.

This year the company will be producing Pandora, the story of a high school student who stumbles upon a website with some secret images, like pornography. The play aims to help demystify teenage sexuality.

This season, Geordie Productions will tackle some important and tough issues. The all-ages theatre company will produce The Water Chronicles, which “mirrors Greta Thunberg and the climate crisis,” according to artistic director Mike Payette.

Playwrights Workshop Montreal announced that they will be focusing on ways to add technology to the medium of theatre.

This upcoming season’s workshops includes an interdisciplinary writers’ lab, where “a group of artists with diverse practices each working on a single project for the duration of the Lab,” reads the website. The six-week program will bring together artists across disciplines to create a space where ideas flow freely and unfiltered.

A previous version of this article states that Repercussion Theatre is producing Thy Woman’s Reeds. The play’s name is, in fact, Thy Woman’s Weeds. The Link regrets this error.