The Racist Undercurrents of Migration and Asylum-Seeking

On Sept. 30, Cinema Politica screened the second of this semester’s series of films in the Hall Building. Two films under the topic of migrant rights and activism were presented.

With a slogan that reads “Screening Truth to Power,” Cinema Politica was conceived at Concordia University in 2003. The organization now has over 100 locations internationally.

The evening began with a screening of The Long Way Home, a 15 minute short directed by Ariel Nasr and Aisha Jamal chronicling the complex case of Sudanese-Canadian Abousfian Abdelrazik.

Detained in Sudan for six years, Abdelrazik was considered by many to be a victim of racial profiling. Abdelrazik has stated that he was harassed by the Canadian Security Intelligence Service for years before being detained by Sudanese officials in 2003 on Canada’s command. In Sudan, Abdelrazik says he was tortured by Sudanese intelligence officials.

For six years, Abdelrazik was unable to return home to Canada. The ordeal was later deemed a violation of the Canadian Charter of Human Rights and Freedoms by the Federal Court of Canada. 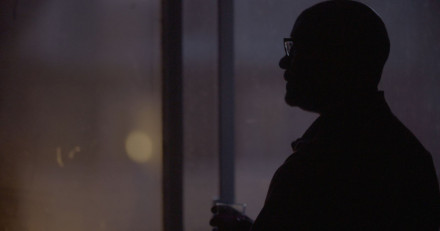 Sudanese-Canadian Abousfian Abdelrazik was detained for six years in Sudan. Activists rallied for his return home to Canada. Courtesy The Long Way Home

“Laws are supposed to protect us,” said activist Samaa Elibyari on stage after the screening. “But if laws aren’t just, then I believe, as an activist, that it is our goal to go against unjust laws.”

“But you see how people who are getting together are able to do something,” Elibyari continued.

Elibyari, former host of McGill’s CKUT show Caravan, was one of the activists that fought for the release of Abdelrazik last decade.

A radio show that represents a “unique Arab and Muslim perspective of current events,” according to Elibyari, its hostess was drawn to Abdelrazik’s case. According to her, the case was not being sufficiently covered in the media.

In the documentary, Elibyari was presented as key to the outset of local activism that would spur media attention, and eventually bring Abdelrazik home.
On June 27, 2009, following a court order on the fourth of the same month, Abdelrazik flew back to Canada. Outside, hundreds of activists awaited his return. Using archival footage, the documentary showed a beaming Abdelrazik as he walked into the crowd of activists who had advocated through his return.

“In the case of [Abdelrazik], for sure, there was an element of racism,” said Elibyari. “He’s a Black man, he comes from Sudan. So is he not someone that you might feel sympathy for, because he’s not born here?”

Though the story offered a viciously honest look at the unjust and racist undercurrents of the federal government, what brought Nasr to the story was the passion and community efforts of the activists. 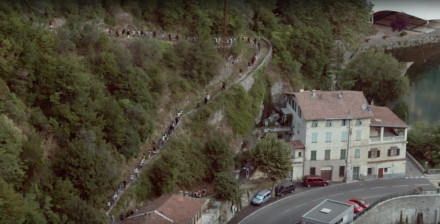 Hundreds of migrants are shepherded to the nearest police station where they are to file for asylum. Courtesy The Valley

“If it hadn’t been for that group of activists, of which [Elibyari] was a part, [Abdelrazik] may have been unable to come home. Indefinitely,” explained Nasr.

The second film of the night was the Montreal premiere of The Valley, a feature-length documentary by Nuno Escudeiro. The 72 minute film transported audience members across the ocean, to the French Alps, where similar issues of migration brew.

In the Roya Valley, more specifically in the town of Menton, high volumes of migrants, mostly from Africa, seek refuge.

According to the documentary, many migrants are fleeing war zones. The journey takes months, and all of their willpower. From their home countries, often Sudan or Eritrea, migrants travel to Libya, and across the Mediterranean, to Italy, working their way into France via the Alps—a dangerous route, the documentary explained.

“Laws are supposed to protect us. But if laws aren’t just, then I believe, as an activist, that it is our goal to go against unjust laws.” — Samaa Elibyari

The process is lengthy, expensive, and dangerous. Migrants risk their lives to escape the hardships of their home countries. Many don’t make it to their destination.

The documentary elaborated on selected local community workers in the village who take it upon themselves to provide asylum seekers with food and a place to stay, while acting as a middleman between the refugees and government police forces.

Though the country is required by law to provide seekers with asylum once they are on French territory, the documentary revealed that in the Roya Valley, the laws are not being upheld by French officials.

The documentary revealed the souring truths that occur in Menton. It is not uncommon for French officials in Menton to drive refugees back to the Italian border city of Ventimiglia, or to arrest humanitarian workers that aid refugees in crossing, or who have already crossed.

The documentary followed Cédric Herrou, a French farmer and activist who has helped shepherd refugees into France from Italy. Arrested on multiple occasions for efforts that were subsequently determined to be legal and humanitarian, Herrou also hosts refugees on his land, providing them with food and comfort during their long journey to sanctuary.

In the documentary, a new batch of African immigrants took refuge in Herrou’s countryside farm as he prepared them to begin the process of claiming asylum.

The process is full of roadblocks. The documentary portrays a police force that seems to work against asylum seekers, circling around through legalities. 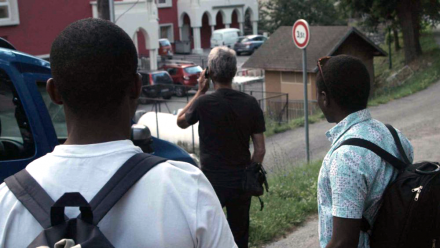 While seeking asylum in France is a legal right, police in the Roya Valley send many asylum seekers back to Italy, utilizing the European Union’s “Dublin” law which states that seekers must claim asylum in the first European country they come into.

For audience member Robert McBryde, the documentary struck a chord. The Amnesty International member had lived in Menton for over a year, experiencing the issue firsthand.

“And then they end up drowning in the Mediterranean, or, if they arrive in Europe, then you know the rest,” he continued.

“The racism is endemic,” he added.