On March 27, Bahay Collective celebrated their third anniversary with a high energy concert at Le Belmont.

Bahay is a recording studio and creative agency for Asian artists and other Black, Indigenous, and People of Colour. Their services include recording, graphics, and marketing.

Bahay introduced rapper Mando, who recently joined the collective. She performed her first single “Henny Nights” that was developed with the help of the collective’s producers.

Bahay’s co-founder, Lil Waterboi, announced he would no longer be releasing his own music under his stage name to focus on the development of artists part of the collective. Now that live events are back, Bahay has upcoming concerts lined up in April and May. 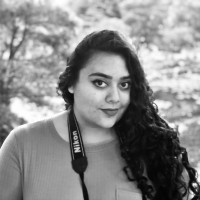