The South Asian Film Festival Pulls at Your Heartstrings

The second weekend of the South Asian Film Festival of Montreal presented on Saturday Forbidden Tikka Masala and Untying the Knot.

The film festival, celebrating its ninth edition, highlighted films made by South Asians in the diaspora on Nov. 2.

The theme of diaspora only applied to the films shown on Saturday, which also included a panel of directors and producers who shared the challenges they faced while filming outside of the mainland.

Forbidden Tikka Masala, directed by Rahul Chaturvedi, tells the story of a devoutly religious vegetarian woman who, at her retirement party, accidentally eats chicken. After the party, she becomes obsessed with finding the recipe of the chicken dish she ate, asking herself, “Why does my food never taste this good?”

During her mission to find the perfect recipe, her husband and son constantly dismiss her and her fascination with chicken.

Coming home from a chicken food festival and eating chicken wings with a motorcycle gang, she finds out through a coworker that the chicken recipe she originally ate was actually spicy tofu. 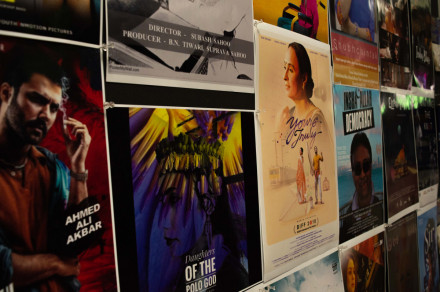 The South Asian Film Festival hopes to give a space for filmmakers in the diaspora. Photo Noemi Stella Mazurek

When her husband speaks down to her from the top of the stairs, there’s a defiant moment where she stands up to him. Even though she knows the recipe was tofu, she lies to her husband and says she hasn’t found the recipe yet. She tells him she will continue her search, against his wishes.

Chaturvedi described that moment as a “small oppression and a small rebellion.” One of Chaturvedi’s childhood memories inspired the film.

“In grade two or three when I was growing up in India, me and my friends where sharing lunch boxes,” he said. “Now, maybe 40 per cent to 50 per cent of India is vegetarian, quite strictly so. This kid shared lunch boxes with our friend and accidentally ate chicken.”

His friend innocently told his mom what he had done. Unaware of the severity of his actions, his mom spanked him as punishment. “He was also washed with the Ganges’ water for a week to purify him of this sin,” he explained.

That memory melded with seeing his parents grow into retirement, and led to the creation of the film.

“My parents had such busy lives; my dad used to be busy all the time. That’s how he kept healthy. And now, he’s on the couch for most of the day, watching the news and going for walks once in awhile. Retired life can be very monotonous,” said Chaturvedi.

“I felt like a bird in a cage,” — Rumana Monzur

“We tell a lot of coming of age stories because we feel that people who are 18 and 19, they don’t know what to do with their lives, but older people, of course they’re smart they’ve got it all figured out,” he said.

“Now I’m seeing that they don’t. At every stage of life when you get into something new you haven’t really planned for it.”

Untying the Knot, a documentary directed by Zana Shammi, told the story of Rumana Monzur, a survivor of a domestic attack.

Shammi and Monzur grew up together in Bangladesh. The two went to high school together. It was because of this that Shammi felt the need to tell Monzur’s story once she heard it on the news.

Monzur had been brutally attacked by her husband.

She was studying at the University of British Columbia at the time, and had to go back to Bangladesh to do research for her thesis. Being away from her husband for so long, away from the abuse, made her realize that she didn’t need him in her life anymore. 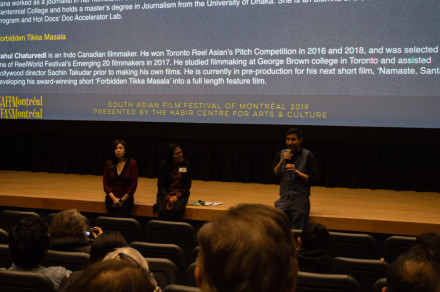 “I felt like a bird in a cage,” Monzur said in the film about her marriage.

On top of researching for her thesis, she was also on a mission to divorce her husband.

Her husband did not take well to this news. He broke into her parent’s house, where she was staying, and was so violent with her that she went blind, and lost the tip of her nose.

While the documentary highlights Monzur’s story, it also tells the story of three Bangladeshi women who are living or lived in abusive relationships, and the societal pressures forcing women to get married.

“The men rule inside the house and outside the house,” said Latifa Sharmin in the film, a radio personality in Dhaka, Bangladesh.

Sharmin was married for three years to an abusive husband. He would beat and kick her whenever he was angry. She finally decided to leave when he kicked her in the stomach while she was a few weeks pregnant.

She told him, “I’m carrying,” and he instantly stopped. He demanded to know why she hadn’t told him, and said he wouldn’t have kicked her if he had known.

Since her divorce, Sharmin has moved back to her family’s house, but the divorce has tainted the family’s honour in her father’s eyes. 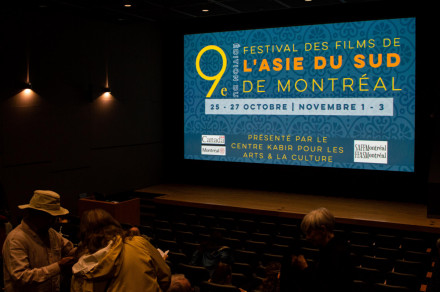 Sharmin is single now and hesitant to remarry. Her family consistently brings home suitors and marriage proposals, but she always asks her family for more time.

She even said so sitting next to her husband.

Before their wedding she told her husband, “I’m 27 and I’ve never seen a happy marriage.”

She kept telling her husband that she would not change her ways after she becomes his wife. She emphasized keeping her freedom and independence, and told her husband that if he started acting like a “traditional husband” she would leave him.

Which she eventually did.

She was not willing to give up her freedom, so she left her husband and continues to live a fulfilling life without him.

Zasmin Haque is a school teacher during the day, and takes care of all the house chores when she comes home from work.

Haque has a master’s degree in mathematics but her husband does not allow her to work at the bank, because then she would be away from the house too much and would not have the energy to take care of him.

After some time, Haque noticed that some cheques had gone missing from her chequebook. Her husband dismissed her when she accused him of taking them. The following day, she found her missing cheques in his briefcase. On a few of them, her husband had attempted to forge her signature.

Her husband has tried time and time again to beat her, but always stops short of doing so because she says she’ll call the police. He yells at her in front of their two young sons, who have grown terrified of their father and go to their mother for protection.

“He even threatens to kill me,” Haque said, her face void of emotion.

At the end of the documentary Haque seeks legal advice to leave her husband, but they remain together. The film has not been shown yet in Bangladesh, but will be when the subjects in the film have been guaranteed safety.

While the two films are very different, they do have one thing in common: the dismissal of women. As Monzur said, “women’s happiness doesn’t matter to [Bangladeshi] society.”