Hua Li Takes Haze Music to Meet With Her Level

“It’s almost cheesy to say but I’m super inspired by Hello Kitty. There’s something about the iconography of a character that it’s like she transcends personhood,” said Montreal rapper Hua Li.

“Hello Kitty could be a toaster, she could be a frying pan, she could be a camera—there’s just something so plastic about the possibilities of her as a character and the ways that she re-transforms,” she said.

Hua Li tinkered with the Hello Kitty aesthetic to fit the glamour of her rap persona. Undertones of the Shanghai jazz age, kawaii culture, and the house subgenre haze, all culminate into her album Dynasty, released Sept. 20.

If there is one song on Dynasty that lightens up the mood, it would be “Mastery.”

She intended it to be the happy song of the album, about setting the record straight with an apathetic lover.

In the opening scenes of the music video for “Mastery,” Alexander Thibault, known as Gloze and Hua Li’s producer, is polishing her nails. 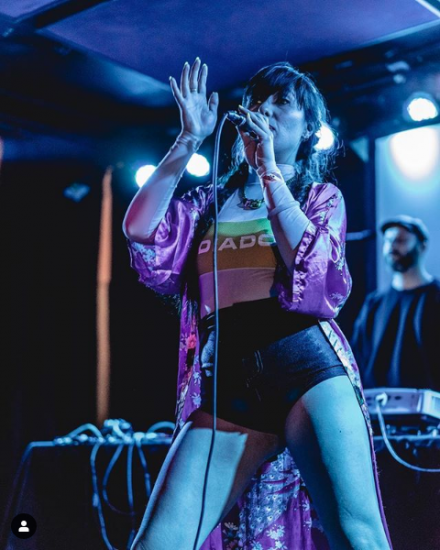 “That was a very deliberate choice but we thought it was such a nice physical manifestation of the process,” said Hua Li about the “Mastery” video.

For most of the recording process, they worked on ideas and sounds together. He also added his own touches.

“I come to him with these pretty fleshed out song ideas. I do a lot of production on my own and then Alex [Thibault] really like polishes, shapes and shines,” she said.

According to Gloze, Hua Li is an accomplished and realized artist, one with vivid concepts. His favourite track that they had done together on the album was “Paper Sons.”

“She has very strong ideas and direction with what she wants to do and I’m just there to kind of support and uplift it and elevate it even more,” he said.

Hua Li kept her album artwork as visually captivating as her music videos and style.

As part of Hua Li’s imagination, much of the aesthetic was deliberate, to capture her ever expanding musical and cultural influences.

“Hua Li is a space where I can clearly formulate an identity that is coherent to me.” — Hua Li

Being half Chinese and from British Columbia, alternating between both eastern and western identities unsteadied her to the point of being “so fragmented.”

Hua Li became a stage name that gave room to express those two halves. As Hua Li, she no longer had to switch between identities as an artist.

And yet, the deeper she pursued Hua Li, the more projects she created, which lead her to Dynasty.

“Hua Li is a space where I can clearly formulate an identity that is coherent to me,” she said. “Sometimes you’re in western mode, sometimes in eastern mode”

Before she started forming Dynasty, the song “Pinkett” was one of her first projects, the concept was still not quite there yet; however, the explosive techno beats reflected Hua Li’s urge to explore beyond jazz. 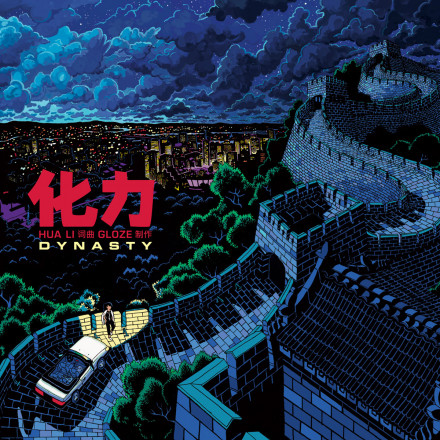 Before Hua Li came to be, she was a jazz student at Concordia and was part of a trio. Once she began releasing projects under Hua Li as a side project, a “natural unity” began to form.

Hua Li said that she wanted to be like R&B singer Ashanti, who championed the art of creating hooks. “I was like, ‘I’m going to be the world’s best hook girl!’” said Hua Li.

Once she discovered her knack for rap music, she became her own hook girl.

Initially, the plan was to collaborate with rappers through her jazzy R&B vocals. While she carried a deep nostalgia for the jazz age of Shanghai, artists such as Lauren Hill, Erykah Badu, and Digable Planet tugged her interest.

According to her, she owes a lot to Black music traditions, mainly jazz, R&B, and hip hop, all of which she had always participated in as a multidisciplinary musician.

Eventually, her side rap projects lead to her 2015 extended play Za Zhong. Hua Li’s songs use soft, melodic synths to create ambiance in her hip-hop tracks. She wanted the ambiance to be “hazy,” which Gloze described as akin to being high. Haze music is an aesthetic and attitude lifted from house music and, for Hua Li, Montreal’s underground party culture. 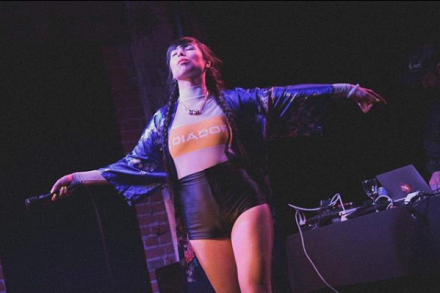 “I liken [haze] to the way that people describe Berlin sometimes where, if you go to Berlin, and you don’t have strong boundaries, or good intentions for your life, you’re just going to get sucked into the party scene,” said Hua Li.

That’s how Montreal felt to her during the time that she was studying in university. “I loved it,” she said.
“Social Meds” was a song that captured that hazy feeling, akin to a calmness. The haze is what Hua Li described as “luscious, synth driven, atmospheric.”

The music video for “Social Meds” talks about the forces driving the youth to escape and the vacuous influences of party culture, and being consumed by its high thrills and lows that followed.

Dynasty was no easy feat for Hua Li. She spoke to the elated feeling of having just lifted a heavy load.

“I feel like this record is so important to me,” she said. “It feels like it’s as significant as a whole dynasty.”