Activist Jaggi Singh returned to Quebec City municipal court Wednesday morning, and is continuing to push for a more detailed disclosure report from the city and their police about the August demonstration where he was arrested.

Since making his disclosure request during his second appearance in court on Sept. 6, 2017, Singh has continued to broaden his demands with each consecutive appearance. In launching the request, he said he hoped to investigate whether there was active lines of communication between the police, the city of Quebec and far-right groups in the city.

After Stéphane C. Noël, a detective and officer with the SPVQ, testified this morning, Singh asked to know the identity of all the police officers on duty the day of the demonstration, including those disguised as demonstrators, Le Soleil reported.

His attempt was shut down by Justice Pierre Bordeleau. Over the phone with The Link Wednesday, Singh also said his attempts to bring photos showing police officers at the demonstration, and those he thinks could have been there as disguised officers, to show as evidence was also shut down. Singh said he hoped the photos could have been used to pin down their identity.

“It’s been at least four full days of hearings,” said Bordeleau, who stressed it’s time to move on. 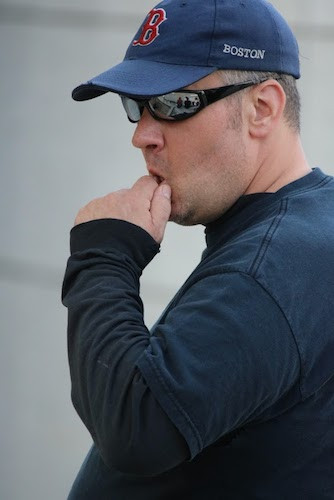 One photo from a series of photos, that display those at the demonstration Singh suspected might have been there as undercovers. Courtesy Jaggi Singh.

“It’s exceptional,” he said. “The resources of the court are limited.”

The hearing Wednesday results from Singh’s participation in the organization of a counter-demonstration on Aug. 20, 2017, which happened near the National Assembly. Singh also works with the Quebec Public Interest Research Group at Concordia.

That day, he and others from Montreal went to demonstrate against the far-right group La Meute, who came in hundreds to protest against the influx of immigrants.

While being detained then, Singh jokingly identified himself to police as Michel Goulet, a retired hockey player from the former Quebec Nordiques hockey team of the NHL.

Keeping that in mind, Quebec City police later put out a warrant for his arrest, and he was later charged with impersonation and obstruction of justice, to which he pleaded not guilty.

Singh has continued to be critical of the SPVQ for their lack of transparency. “There was one briefing before the demonstration, and a few afterwards, which was revealed for the first time (Wednesday morning),” he told The Link.

“Which didn’t surprise any of us, but it wasn’t revealed before there had been briefings, so it’s continuing in the path of not being very candid and upfront about the disclosure.”

He also says audio that he received from the police of communication throughout that day was unfairly redacted. In earlier phases of the pre-trial hearings, Singh received six hours of police radio, though much of its content was withheld, with exception to the minutes surrounding his arrest.

When receiving it, he was told by the court that it was heavily redacted since it was only relevant for him to listen to the sections related to his arrest that day. But on Wednesday, Singh said that Justice Bordeleau described listening to the audio in full, and said there were other times when Singh’s name was mentioned by officers, though these other mentions of his name were left out in the copy handed over to him.

On Wednesday, Singh said he also learned from Noël’s testimony that a number of Quebec City police had taken notes during the demonstration, but despite asking for these documents in his disclosure request, he was denied access to them.

Singh said he’ll continue to negotiate for records of those notes, at his next hearing on April 18.

“Now we’re debating whether they should be handed over (to me),” he said. “I’m supposed to have more latitude in terms of what I get, I just got to fight for that I guess.”