The Heavy and The Heavier

On their fourth studio album, Chicago three-piece Russian Circles return with their unique brand of intense instrumental music, one that runs the gamut of borderline-black metal to shoegaze-y ambiance, incorporating grumbling bass, walls of heavily-distorted electric guitar (helped in part by guitarist Mike Sullivan’s penchant for layering and live loops) and pounding drums that would be an apt soundtrack for one’s descent to the underworld. Amidst all of this ferocity, however, there are entire breaks of atmospheric melodies evoking blue skies and nostalgia.

Fans of Russian Circles (apparently named after the popular hockey drill) have come to expect albums of six of seven long songs, most of which have similar ebb and flow, each one jumping from very quiet to very loud in a small amount of time. That isn’t to say, however, that fans won’t be pleasantly surprised with this album. On the album’s opener, “309,” guitar and bass chug along in eerie dissonance, while feedback wails in the background. The next track “Mladek” distances itself from this darkness, using a major key and fast tempo, hearkening images of Explosions in the Sky. All in all, for those who enjoy metal music save for the nasty vocals, this is a group that won’t disappoint.

After receiving critical acclaim for their self-titled 2009 debut that showcased the creative and compositional expertise of eight-string guitar maestro Tosin Abasi, Washington, D.C. instrumentalists Animals As Leaders had some hype to live up to. Their first release was a melodic, highly technical and thoughtful record, even if the guitars were the only live instrument on the album.

Now, with the addition of drummer Navene Koperweis and second guitarist Javier Reyes, the band returns with their highly anticipated follow-up record Weightless. The difference is perceived immediately; the use of a live drummer does wonders for their sound.

Musically, Weightless carries on a lot of the AAL traditions; Meshuggah-like low-end riffage interwoven with fluttering jazz lines, soaring leads and polyrhythmic grooves. That being said, a lot is added to their sound in this new disc.

First off, this record takes AAL a step further in the jazz direction. Tracks like “Earth Departure” and “Somnarium” have all the heavy drums and riffing, accompanied by more
sparse and sometimes dissonant lines and atmospherics. “To Lead You to An Overwhelming Question” dissolves in to a smooth jazz vamp, only to be massacred by blast beats and blistering sixteenth notes.

Weightless incorporates many more electronic aspects to the music, in
tracks like “Odessa” and “Isolated Incidents.” Not unlike their first record, however, there are a few tracks under two minutes that are just a bit too short to be satisfying.

All in all, for a band that attracts most of its attention from musicians, AAL have created a record that is accessible to the outside listener through emotive melodies and catchy grooves. And, for technical metal heads like myself, not only are they a joy to listen to, but a sight to behold live. 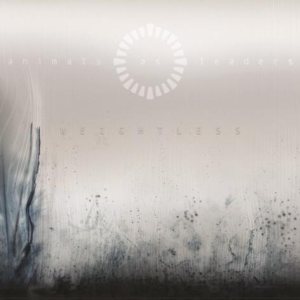