A Year of Art on the Island

ALBUM OF THE YEAR 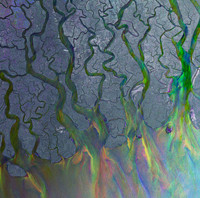 They’ve been around since 2007, but Alt-J only just released their first album. Thankfully, it was well worth the wait, with the band delivering thirteen solid tracks that sound like the best possible combination of art rock, experimental and psychedelic music. Check out the track “Fitzpleasure” for a good introduction to the band.
—Erin Sparks 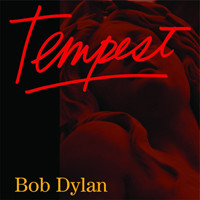 No, your eyes are not deceiving you—and no, it’s not 1966. Bob Dylan is like the good version of chronic bronchitis—in that he never really goes away. Tempest features a fourteen-minute single verse-structured effort (the titular track) while exploring Dylan’s own ethos through the mythical figure of John Lennon.
—Andrew Brennan 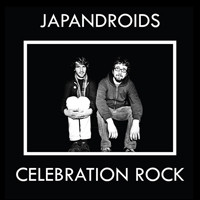 The music industry needs bands like Japandroids to make it big. You could call it goofy when Brian King sings, “We yell like hell to the heavens,” but it’s also pretty goddamn triumphant. This band pulls me back into my carefree high school self; those ‘oh yeahs’ on “Evil’s Sway” carry me into the centre of the pit. And when that pure adrenaline passion comes in, there’s no way it’s simply nostalgia.
—Colin Harris 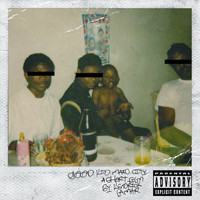 In a world long dominated by rap albums trying to appeal to as many different fans as possible with a panoply of sounds, good kid, m.A.A.d city is a return to
a singular sonic aesthetic. There are great cuts—“Backseat Freestyle” and “Swimming Pools (Drank),” among others—but the album’s story-based form demands that you listen to Lamar unfold the whole tale.
—Alex Manley 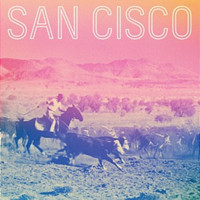 Do you like Vampire Weekend? Well, you’ll probably love San Cisco. This band from the land down under has been doing great in the Australian charts. The catchy tunes on their self-titled debut album will have you humming for all of 2013. Also, their drummer’s a hottie. I’d ask her out.
—Clément Liu

MUSIC TO LOOK FORWARD TO 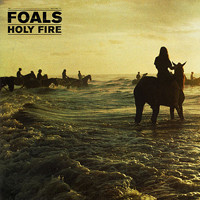 Foals will always be a favourite of mine. Lead singer Yannis Philippakis has one of the most enjoyable voices out there, and their instrumentals aren’t too shabby either.

Foals’ last album was amazing, and if the singles that have been released so far are any indication, this album will be just as good. Luckily, Holy Fire is slated for release in February, so there isn’t long to wait.
—Erin Sparks 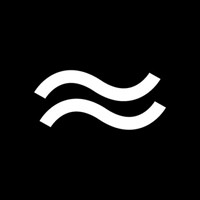 Their singles “King City” and “Honey” have playing on repeat in my brain for months. They released their debut EP in 2012 and ever since I’ve been waiting to hear news about a full-length album.

Barely out of the womb, these Birmingham, UK boys are set to deliver more of the catchy, idealistic pop songs on their upcoming album The Sea, set to be released March 4.
—Clément Liu 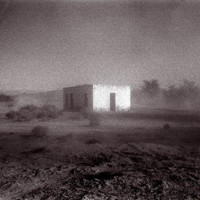 It’s a pretty rare thing that a band can pick up where they left off a decade later and sound like they’ve never left. The Montreal post-rock pioneers once again enveloped us with four dark, sprawling tracks recorded with the current lineup. Here’s hoping there’s less of a wait for the next one.
—Colin Harris 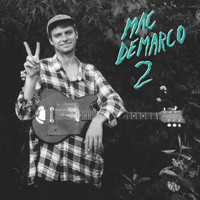 Originally an Edmontonian, DeMarco has been calling Montreal home for the past few years, so we can claim this masterpiece of sweet, blissed-out jams as one of our own. Listen to “Freaking Out the Neighborhood” and tell me you don’t want to re-live your teen years—just less awkwardly than an episode of Freaks and Geeks.
—Alex Manley 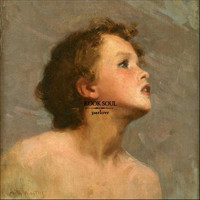 Ever since I saw them perform for Blogothèque a few years ago I was hooked. The video for their single “You Only Want It ‘Cause You’re Lonely” was a Vimeo staff pick as well. This band is easily my favorite Montreal band, so just listen to them, câline! Plus, they slip in a good ol’ “tabarnak” in their music video for their single “Holding on to Something.”
—Clément Liu

MOST DISAPPOINTING RECORD OF 2012 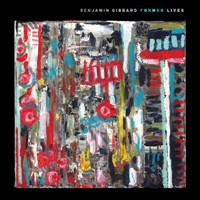 Once upon a time, Death Cab for Cutie made great, sad, indie rock music. Then, Ben Gibbard got sober, got married and got happy—which meant all sorts of disappointing songs were recorded. Not even a divorce from his wife Zooey Deschanel could save his most recent release, which sounds like a bad lullaby album for Albertan toddlers. Tragic. 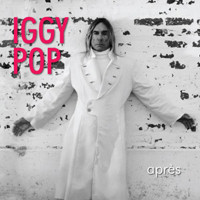 With his most recent release, Après, Iggy Pop proved once again that washed-up old punk rockers can still put out full-length albums of complete and total trash. Virgin EMI even shot Iggy down, forcing him to self-release the record.

Après is 10 tracks of Iggy covering mostly French songs by the likes of Edith Piaf and Serge Gainsbourg in an offensive French accent. That’s it—just a sad, sad record by a strange, tired old man.

“Who”
David Byrne and St. Vincent

David Byrne clearly could turn atomic sludge into a British Music Award. “Who” is arguably the best from the Talking Heads frontman and grunge chic solo act St. Vincent; it features a boisterous sax/brass combo and a reminiscing Byrne, with St. Vincent’s choppy guitar licks an added bonus.
—Andrew Brennan

Metric broke new old ground with this one, ditching the Zeppelin-meets-lady-with-a-synth sound they’d been rocking on Live It Out and Fantasies and going ’80s, hard. The mathematical purity of the beat and the austere lyrics make this a smashing success.
—Alex Manley

With a country-style “O Canada,” three encores and a half-ton of whisky, Corb Lund transformed Petit Campus into a twangy paradise in November. Opening act the John Evans Band featured a stand-up bass player with the most perfect stand-up bass hair I’ve ever seen who handsomely awed the crowd. It was a li’l piece of the prairies in the 514.

As the first notes of Ravedeath, 1972 vibrated through the dark church, I felt immediately foolish that I had ever doubted the power of seeing Tim Hecker live. Lying on the ground in front of the altar, floorboards shaking under the intensity—there must be nowhere better to experience it.

With a multi-media leaning and a mandate to focus on new artists, Eastern Bloc is about as student-friendly as a gallery gets. Whether you’re looking to show your own work or impress a date with someone else’s, this loft-style studio has you covered.

Conveniently located in the Quartier des Spectacles, this beautiful museum brings contemporary interdisciplinary works from around the world to Montreal. Paintings, installations, photography and videos are all common.

The best part for students is that admission is free Wednesday nights between 5:00 p.m. and 9:00 p.m. The current exhibitions have recently ended and their new offerings will open at the beginning of February. Until then, the permanent exhibition is still open.

The last time I saw the Unsettlers was after the Montreal Canadiens had gone an hour into overtime and the bar would have faced a riot if it turned off the TV to start the show. Then there were still two opening acts to get through.

But when a dozen people got on stage, the energy that multiple drinks had drained came back. The band dresses like a bunch of classy steampunks who blend classical and rock instruments for a dark and rhythmic sound. It’s always a good show.

OK. So Timber Timbre isn’t technically from Montreal, but rather some unimportant town in eastern Ontario. That being said, their ties to MTL are tight. Colin Stetson lives here on the island and blows a monstrous baritone saxophone for the band. Listen to the haunting “Lonesome Traveler,” where I swear they sing about Mount Royal.

Montreal is, without a doubt, unique for its year-round festivals. Now in its seventh year, fall music fest M for Montreal is perfect for discovering great shows from local acts, but is also awesome for local bands to learn how to make it in the biz.

Their line-ups have only been getting better each year, so be sure to make it to a few shows in 2013.

When you’ve had just about enough of Montreal’s bitter cold, Nuit Blanche is there to woo you back. The entire city lights up for a night of free fudge, sprawling art shows and a giant slide through Place-des-Arts. Make a plan though, or the sheer amount of shiny things could knock you over.