So 2012 has begun, and a plethora of film blogs, columns, sites, critics and lovers have already made their obligatory best-of lists for 2011. Better late than never for this column to make its contribution, then.

Last year was a year in film that boasted a record number of sequels (“Why try something original when you’ve got tried and true money magnets?” might as well be in fine print under that big ol’ Hollywood sign in Los Angeles.), and I will happily boast that none of them have made it to Frame to Frame’s list.

Call it pretentious, but I simply believe in original visual storytelling (madness!). Without further ado, here’s what made 2011 a cinematic year to remember. 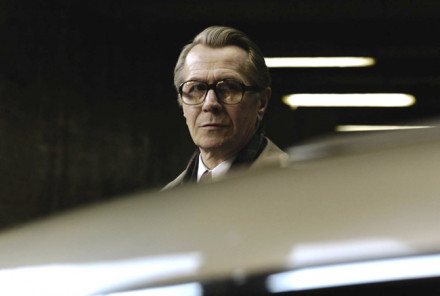 Walking out of this ‘70s espionage drama was like stepping out of a time machine with a refined British accent. For the past two hours, everything you saw made you understand what it must have been like to be an elderly secret service agent during the Cold War.

Admittedly, the number of characters without the usual background introductions, numerous names of people and places and whispered information is intimidating, and on first impression makes you think less of the film. But like good wine, Tinker Tailor Soldier Spy ages well and beckons you for a revisit.

The incredible production design which teleports you back in time, the wonderfully nuanced performance by one of the world’s greatest actors (Gary Oldman) and the maturity of the structure, flow and progress of the simple story land this film a spot in the top 10.

9. Once Upon A Time in Anatolia (Dir. Nuri Bilge Ceylan)

One of the highlights of the 2011 edition of Montreal’s Festival du Nouveau Cinéma, this slow-burning investigation of an investigation is a study of character development through dialogue as much as it is of after-dark cinematography by way of car lights.

Police officers, lawyers, doctors and criminals interact over a few days and nights as they search for a missing body.

Clocking in at a hefty 150 minutes, Once Upon A Time in Anatolia indulges in simple conversations that reveal volumes about character and calculated glances that keep you glued to the screen.

Director Nuri Bilge Ceylan is someone who is little known in North America, but has a firm fan base in Europe and his native Turkey—and for good reason.

With an acute attention to detail, narrative plot comes second to the attempt at understanding that Rubik’s cube of all themes: the human condition. An award winner at Cannes, its spot in the top 10 is unquestionable.

Among many stunning debut features from young filmmakers in 2011, Martha Marcy May Marlene (fittingly abbreviated to MMMM in the film community) stands atop of the heap with an acoustic guitar and a creepy smile.

Not only did it introduce Sean Durkin, its director, to the cinephile’s vocabulary, but it will no doubt propel its star, the ethereal Elizabeth Olsen, to soaring heights.

Tackling the courageous subject matter of a mysterious girl’s experiences in an abusive cult, the core elements of script, cinematography, music, acting and direction all come together in a beautifully atmospheric piece.

The film begins and ends in ambiguity, and, as stated in Frame to Frame’s review it is the experience, rather than the journey’s end, that is this indie’s strength. 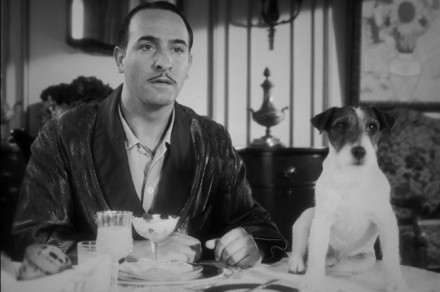 This French film began making such waves in the Cannes film festival that the American juggernaut production company, Weinstein, bought the rights immediately. And they obviously knew what they were doing because The Artist is dominating most of the major award nominations ahead of major Hollywood productions.

A black and white, silent, nostalgic ode to that magical cinematic era of the 1920s, Michael Hazanavicius’ story looks at the career of a silent film star as the talkies threaten his livelihood.

Jean Dujardin and Berenice Bejo are an absolute delight to watch, as is the energetic and hyper-intelligent Jack Russell terrier Uggie, and there probably wasn’t another film released last year that provided more entertainment value for your money.

Once you see it, you won’t be surprised why it’s found on most critics’ top ten lists. There’s no way for us to avoid that bandwagon. 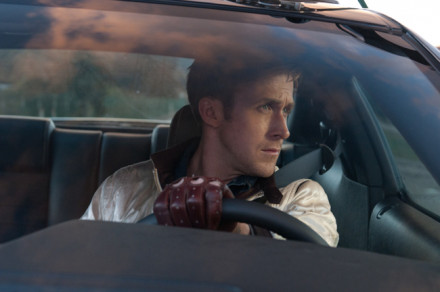 Nicholas Winding Refn’s Drive has all the ingredients of a mainstream blockbuster: a young and handsome rising star (Ryan Gosling), fast cars, suspenseful intrigue and a damsel in distress for our hero.

In the hands of the Danish filmmaker however, the movie becomes a horse of a different colour (a car of a different paint job?) mostly because it relishes style over action.

From the hypnotic ‘80s soundtrack that recalls a not-too-distant era of neon lights, tight gloves and kitschy jackets and the coolness of the calm and composed Driver (he’s so mysterious he doesn’t even have a name… but it works so well), the film is a study of survival instinct and buried nature resurfacing in the name of love.

No other film on this list uses violence in such clever and precise ways, making some scenes (such as the infamous elevator scene, for example) the most memorable from the whole year. Another deserved Cannes winner (Refn won for directing), Drive’s spot on the list was a no-brainer. 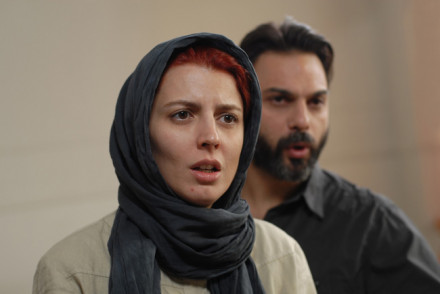 Another film that, like The Artist, has found its way to many critics’ lists, A Separation packs a powerful punch as it deals with issues of marriage, religion and class in modern Iran.

Winner of the Golden Bear in Berlin, it has been picking up praise at seemingly every festival it’s been screened at, and right now has a big head start for the Best Foreign Film Oscar.

The film revolves around two couples whose lives become inextricably linked: one, who cannot see eye-to-eye when it comes to leaving Iran—the wife wants a better life for their daughter, but the husband cannot leave his ailing father—and another who have to deal with a miscarriage and the prospects of unemployment.

It’s astonishing how much complexity is layered into the film’s tight 123-minute running time, and it’s a testament to the film’s screenplay above all else (without a doubt the best of 2011) as questions of ethics and morals are put to the test, reminding us that everyday life has all the tools needed for the heaviest of human dramas. 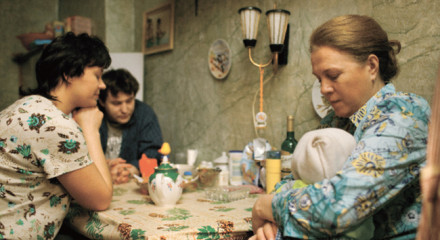 Much like A Separation, Andrei Zvyganitsev’s Elena takes elements from marriage and class separation to make for a subtle but extremely powerful story. The weight of the film stands on the performance from Nadezhda Markina who plays the title character and is the most subtle and nuanced next to Oldman’s from Tinker Tailor Soldier Spy.

A woman, who has been married to a wealthy businessman, now retired and in his 70s, finds herself in a pickle when her good-for-nothing-except-making-babies son needs money for his own son’s college. Zvyganitsev’s camera, next to Markina’s performance and the scene-specific magnificent Philip Glass score, is what elevates this film to genuine art.

Like a careful observer, the camera makes us privy to the lifestyle of a few people; at times slow or motionless, and others proactive, such as one brilliant, uncut take of the grandson “playing” with his friends.

Elena is film that won’t be seen in many lists, but one that I can’t get out of my head. It’s an example, together with the final three selections below, of pure cinema. 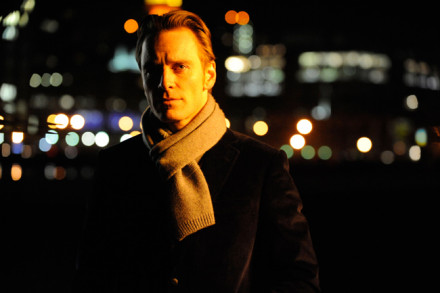 With all due respect to Gary Oldman, here is the film that contains the single best male lead performance of 2011. Steve McQueen’s Shame has a taboo subject matter of sex addiction at its forefront but is much more than that: a story of addiction in general as it chips away pieces of a man’s soul until nothing but a shell is left.

Michael Fassbender proves again (he proved it with McQueen’s debut feature Hunger though that movie didn’t make nearly as big an impact) why he’s suddenly become one of the most sought-after actors around. His chiseled looks and piercing eyes are nice, but the real breathtaking aspect is Fassbender’s range as an actor.

Shame puts it to the test and he delivers in spades as Brandon, a lonesome man in New York who has to take care of his younger sister (Carey Mulligan in another terrific performance) while trying to contain the sex-crazed beast that lurks within him.

Long takes, haunting scores and a psychological dissection of a man very much a product of today’s society make Shame into a sure-fire masterpiece, with not a single frame wasted. 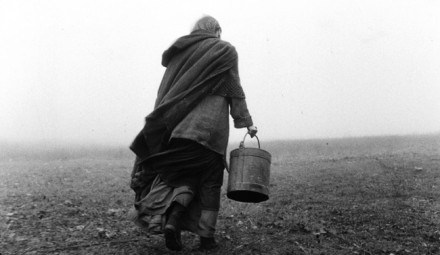 Among all the great films seen, reviewed and talked about at festivals last year, there was one that invoked a melancholic sigh of woe. Bela Tarr, as far from mainstream as one can possibly be these days while still being known around the proverbial art-house water-coolers, has made his final film with The Turin Horse.

Known for his long takes and dense subject matter, Tarr’s films are tough to watch but for the patient viewer, all the more rewarding at the end. The story follows the life of a horse that the German philosopher Freidrich Nietzsche saw being beaten. The philosopher was so affected by the beating that it isolated him from the rest of the world until his last breath.

The horse, whose stoic sadness takes the prize of best animal performance away from _The Artist_’s pup, is mostly in the background as the story concentrates on his two masters (a crippled father and his daughter) who become progressively more impoverished in the apocalyptically barren environment they find themselves in.

The Turin Horse strips away all elements we are used to in cinema, keeping only the necessary to create an unforgettable experience worthy of a true artist’s last statement. 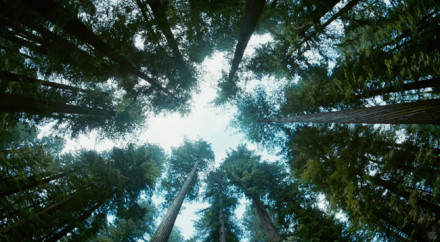 And then there was one. Winner of the Palme d’Or, to many people’s surprise, Terrence Malick’s most ambitious and personal film about the childhood memories of a man who is trying to understand the death of his younger brother, is the quintessential love-it-or-hate-it film. Many of its detractors believe that the ambitiousness of the film’s story cripples it to the point of being over-pretentious, especially the film’s middle sequence, which shows how the universe was created, while the film’s yea-sayers revel in exactly those moments.

Hollywood stars Sean Penn and Brad Pitt, together with the omnipresent Jessica Chastain, are perfect for what they are given (admittedly, Penn’s role could have been played by any actor his age, but few actors have the look Malick is so specific about) and yet all of their performances are overshadowed by newcomer Hunter McCracken, who plays the younger version of Penn in 1950s Texas.

Watching The Tree of Life is the closest you’ll get to a spiritual transportation to some transcendental dimension of religious doubt and question of nature’s role in our lives and the impact our upbringing has on us.

There has been no film that came this close to realistically portraying the structure and flow of memory as we try to understand ourselves and the meaning of our existence amid the cold urban steel we are surrounded by in city life.

A film that is hard to describe and must be seen to be understood, loved or hated, as the case may be, is to me the crowning achievement of a very strong year in film.

Note: As is always the case, one cannot see absolutely everything in time for these lists, so films that could have made the cut, such as We Need to Talk About Kevin, The Descendants, This is Not a Film and others will remain what-ifs. Nevertheless, even with those taken into account, I imagine the list would still look very much the same.