Demystifying IUDs, one woman at a time

Finding the right contraceptive for the right uterus

Contraception is not something new—it can be traced all the way back to ancient Egypt.

According to historians, the available options were quite different from what people with uteruses have today and instead were ranging from concoctions of crocodile feces and honey to acacia honey swabs.

While the first scientific paper about intrauterine devices dates back to 1909, these long-acting reversible contraception devices only gained popularity in the United States in the early 1990’s, following the introduction of a new generation of IUDs in 1988. Fast-forward to 2022, uterus owners have many options to choose from when it comes to IUDs.

Options for IUDs include hormonal devices that release a progestin hormone daily in the uterus. Two hormonal IUDs are available in Canada–Mirena and Kyleena–and can be left in the uterus for about five years. Another popular option is the copper IUD, which is non-hormonal, and can last up to ten years. Both make the uterus inhospitable for fertilization—so no babies will be renting those uteruses for nine months.

Both devices interact differently within the body, and since everyone is different, it can be scary and intimidating to try and find the right contraception for your own body.

Why would one pick a device over the other? There is no clear-cut answer to that question. It all depends on your own body and comfort. Every uterus owner’s body works differently and has experienced life differently. While doctors may make suggestions and recommendations, people with uteruses are ultimately left on their own to make the choice of whichever option is best for their health.

Marie-Ève Campion got her first IUD when she was in CEGEP. Due to her high blood pressure, her physician recommended she avoid hormonal contraceptives as they can potentially increase blood pressure. She consequently opted for the copper IUD.

“I find it awesome not to have to think of taking a pill, and [my IUD] doesn’t mess with my hormones.” — Marie-Ève Campion

“This choice works perfectly for me,” Campion said. She feels a slight increase in period cramps with her IUD, but nothing particularly unusual. She also noticed her periods being less regular than before, varying between 26 and 34 days instead of her normal 28 days.

“I find it awesome not to have to think of taking a pill, and [my IUD] doesn’t mess with my hormones,” she said.

Campion removed her IUD when she planned on having kids. As soon as she had it taken out, her periods came back to their regular cycle. After giving birth to her two daughters, she decided to get her second copper IUD. She plans on getting a third copper IUD once her current one needs to be taken out.

In contrast with the copper IUD, the hormonal IUD comes with its own set of benefits. Among these, a decrease and/or complete stop of menstrual bleeding and cramp-related pain is very common. As such, it is often recommended to uterus owners diagnosed with endometriosis—a painful condition where the endometrium tissue lining the inside of the uterus—grows outside the uterus.

“My whole life, I had really terrible periods,” said Patty Elizabeth, who was diagnosed with endometriosis. “I had to take one to two days off work every month because I really couldn’t function.”

As soon as she received her diagnosis, she was recommended the hormonal IUD to alleviate her pain.

“I was a little bit apprehensive,” said Elizabeth. She avoids medications and additional hormones in her daily life whenever possible, but she had reached a point where she was at a loss of what to do about her condition.

“Had I known about this, I would’ve gotten it 10 years ago.” — Patty Elizabeth

“It changed my life so much,” she said. “Had I known about this, I would’ve gotten it 10 years ago.”

Elizabeth plans to continue using a hormonal IUD after the one she currently has expires. She now has periods during which she can go to work and pursue her daily life without worrying about the heavy bleeding or being incapacitated by the pain caused by her cramps.

One does not have to have a medical condition to get an IUD, as it is also just a very convenient way of preventing unwanted pregnancies.

Alexia Vincent was only about 10 years old when she got her first period, and they quickly became quite painful. When she eventually became sexually active, she decided to get on the contraceptive pill to be sure not to get pregnant. She found the pill–an estrogen-based oral contraceptive that needs to be taken daily–to be helpful in alleviating period pains.

At 25 years old, Vincent switched to a hormonal IUD. She was looking for a long-term contraceptive that was simpler to deal with on the daily.

“When I had Mirena , there were a couple of things about it that bothered me,” she said. These things included very painful cramps following the insertion of the device. She also falls in the one to 10 per cent of women experiencing increased hair loss due to the Mirena IUD.

Vincent is now using her second IUD and has decided to switch to a copper one. The lack of additional hormones found in the device make her feel like she’s finally discovering her body after being on hormonal contraception from such a young age.

She does feel new, undesired symptoms, such as pain during ovulation, bloating and more spotting throughout her menstrual cycle. She’s only had it for two years but doesn’t know what contraceptive she will go for once her current one expires. “Now that I have the copper IUD, I miss my first one,” Vincent said.

Contraception is a very personal choice to make, as it impacts every body in a different way. No matter what information is available, there’s still no knowing  how the body will react. All the factors influencing the decision require time and energy but will ultimately indicate what’s best for individual needs.

This article originally appeared in The Body Issue, published February 1, 2022. 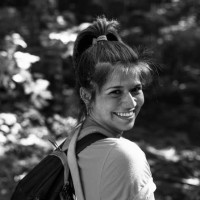 Marianne Liendo-Dufort is Vol. 43's managing editor and former co-news editor. Her big boi dog, Miko, is the love of her life.