Concordia Stingers manager Howie Schwartz was moments away from the traditional celebratory Gatorade shower. His team had just gotten the division title win over the McGill Redmen and spirits were at a high. Unfortunately for the players holding the cooler, The Link reporter asking Schwartz questions delayed the celebration.

“Thanks for saving me,” Schwartz told the Link reporter, before he faced the inevitable early bath.

The Stingers were victorious in the Canadian Collegiate Baseball Association North Division final for the second straight year, winning the third game of their series against the McGill Redmen 3-1 on Sunday afternoon. The Redmen finished their season with the best record in their division, but were unable to follow up with a division championship.

“It means everything right now,” said Stingers captain Andre Lagarde. “We go up against the best, we beat the best and we’re back-to-back champs.”

The Stingers were able to secure a Game 3 win despite having dressed only 11 players, with a number of their players absent due to their exams. Concordia earned the win off the strength of runs batted in from infielder Sam Lamothe and first baseman Jean-Christophe Paquin in their first two innings of play.

McGill was only able to muster one run in the second inning as the Stingers’ pitching and defense preserved the lead.

“We were shaky at first there, but sooner or later you do anything you have to do to win,” Lagarde said.

The Redmen tried to stage a comeback in the fifth inning with a hit from Robert Sedin, but Lagarde made a diving catch to get him out.

“It was huge because the inning was over [after the catch],” Lagarde said. “I’d do anything to have that ball. I would have eaten the ball at that point.”

Sam Belisle-Springer pitched a complete game and struck out three Redmen over the course of the game to earn the win.

“It was one of those games where I went out there and felt like no one was going to hit me today,” said Belisle-Springer. “For the most part that’s what happened.”

“Sam’s been great for us a couple of times,” Schwartz said. “Sam had to come up big in a very depleted lineup.” 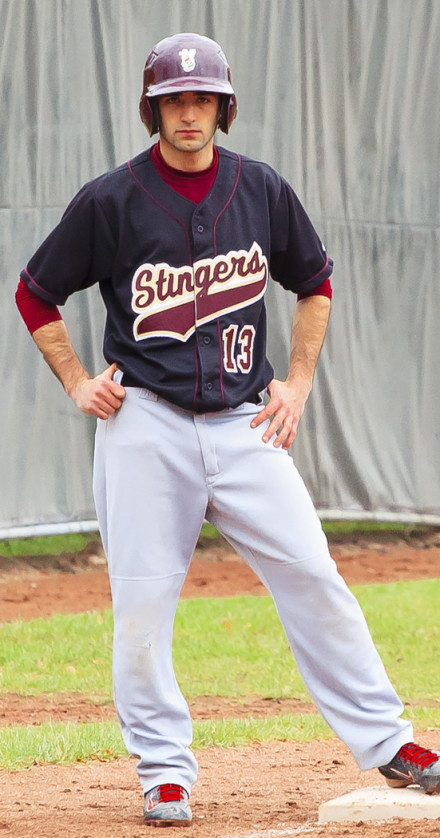 The Stingers won Game 1 of the series 5-3 on Saturday.

In Game 2 later that day, the Stingers went up 2-1 versus McGill, but a rain delay in the fifth inning forced the game to be moved to Sunday. The Redmen took advantage of momentum shift and the notable absences for Concordia, including starting pitcher Roberto Zapata, and came back to win 8-4.

“The guys didn’t take [the loss] well,” said Schwartz. “These guys play ball when they have to play ball, and when they’re serious we can play. When they get distracted they lose.”

But the Stingers remained focused when it counted most to win Sunday’s game.

“When we play the game we have to play, we’re the champs,” said Schwartz. “If we get distracted, we’re like any other team, and [our guys] don’t want to be, and they proved that.”

The Stingers and the Redmen will now turn their attention to the CCBA National Championships, hosted by McGill. The nationals will be held from Oct. 23-26.