On International Women’s Day Wednesday, over 30,000 students over Québec held a strike asking for all internships to be paid. 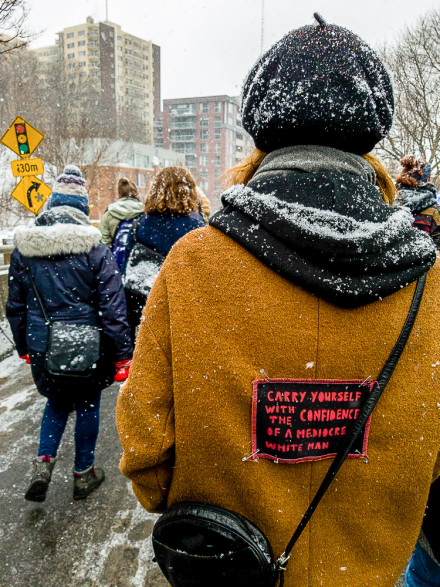 One protester wore a patch on her coat reading, “Carry yourself with the confidence of a mediocre white man.” Photo Jérémie Gauthier-Caron

According to Campagne Unitaire sur le Travail Étudiant, because unpaid interns are not legally recognized as workers, they have little recourse when they experience sexual violence in school. Women who work as students or as interns are also more vulnerable to sexual violence because they work inside of institutions where they hold less power than those who train them, said the Montreal Coalition for paid internships representing the 30,000 students.

Following the #MeToo movement, CUTE answered the call for an international women’s strike and held a demonstration spanning from Place Normand Béthune to the Montreal office of Hélène David, the Minister of Higher Education and the Status of Women. 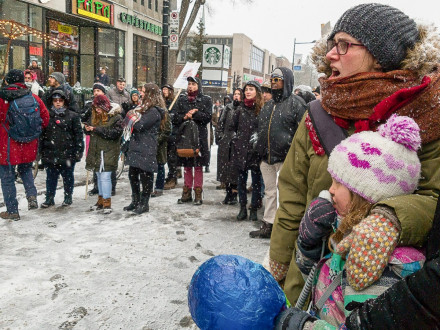 Young women chanted slogans in front of the offices of Hélène David, the Minister of Higher Education and the Status of Women, who serves the Outremont riding. Photo Jérémie Gauthier-Caron