Canada’s stake in the next American deal

Regardless of the outcome, the results of the American election will impact many Canadian industries

Americans will be heading to the polls this November 3 to either re-elect President Trump or elect former Vice President Joe Biden.

The last four years of the Trump administration have seen trade tariffs imposed on Canadian goods and the renegotiation of the North American Free Trade Agreement. However, trade-related conflicts between Ottawa and Washington may be on the horizon regardless of which political party takes the White House on Tuesday.

In June 2018 the U.S. imposed a 25 per cent tariff on Canadian steel imports as well as a 10 per cent tariff on aluminum imports. According to Statistics Canada, the “national security tariffs” resulted in a 37 per cent decline of Canadian steel exports that same month and an 18 per cent decrease of aluminum exports during the tariff period compared to that of the previous year. That September, the Trump administration forced Canada and Mexico to renegotiate NAFTA, now known as the United States-Mexico-Canada Agreement, only to temporarily reimpose tariffs on Canada in August 2020.

Quebec is one of five steel-producing provinces and produces 90 per cent of Canadian aluminum, which alone accounts for 10 per cent of the total value of Quebec exports.

“It’s strictly based on political expediency,” said Jean Simard, president and CEO of the Aluminum Association of Canada. “When you have tariffs that pop in and out it just creates total chaos.” The tariffs have put “the whole the normal business environment in limbo. How can you reap the full benefit of a trade agreement like USMCA when you put tariffs on imports of your partners? It doesn’t make sense.”

Catherine Cobden, president of the Canadian Steel Producers Association, said though she feels the USMCA may benefit North American steel producers, the “unjustified” tariffs imposed on Canadian steel have hurt steelworkers, farmers and manufacturers on both sides on the border.

“We have very integrated supply chains and that’s why tariffs never made any sense because steel moves back and forth across the border many times as it is transported for multiple products for market,” Cobden said.

Despite pressures from the Trump White House, Simard sees trade partnerships returning to normal under a Biden administration. “We will go from a confrontation to a collaboration.”

“Frankly, no matter what administration comes into the White House, we are ready and willing to roll up our sleeves and get to work on the challenges we are facing from unfairly traded foreign imports. They are what destroyed our marketplace.”

Cobden and Simard, along with Matt Meenan, senior director of public affairs at The Aluminium Association based in Virginia, believe that the focus should be on China’s overproduction of aluminum and steel.

“Frankly, no matter what administration comes into the White House, we are ready and willing to roll up our sleeves and get to work on the challenges we are facing from unfairly traded foreign imports,” Cobden said. “They are what destroyed our marketplace.”

Matthew Gertken, BCA Research’s geopolitical strategist, sees conflict with China no matter which party is elected to office. “The only common denominator is that either Biden or Trump will be tougher on China than previous presidents,” Gertken said. Trump might continue to take unpredictable and unilateral actions whereas Biden is expected to favour a multilateral approach that includes getting a reluctant Europe on board, he said.

“Biden would continue to put pressure on China which will force Canada to make some tough decisions,” Gertken said. “But Trump would represent the risk that Canada would face pressure both from China and the United States at the same time because Trump could put tariffs on Canada while also telling Canada that it needs to distance itself from China.”

A Biden election win may cause its own rifts with the Trudeau government. On the 2020 campaign trail, Biden vowed to pull the plug on Keystone XL, which the Trump administration had approved. The construction of the $8 billion pipeline is currently underway and according to the government of Alberta, Keystone XL is expected to contribute $2.4 billion to Canada’s GDP and millions in property taxes.

Miguel Ouellette, director of operations and economist at the Montreal Economic Institute, said that a Biden administration may also turn down natural gas from Saguenay, Quebec.

Many in the Democratic Party, including a new generation of Democrats, have moved to the left of where the Obama administration was on energy and climate issues, Gertken explained. “You’d have to bet that he would not go forward with the pipeline.”

Gertken stressed that the financial climate that saw the Trump administration wage its trade war is very different to the current climate of lower interest rates, a weaker currency and economies set back by the negative shock of COVID-19.

“The second term of Trump or the first term of Biden, you won’t have the Federal Reserve hiking interest rates,” he said. “You will need to spend a lot of government money to boost the economy, and that’s an environment where the U.S. can be weakening rather than strengthening, particularly with regard to Canada.” 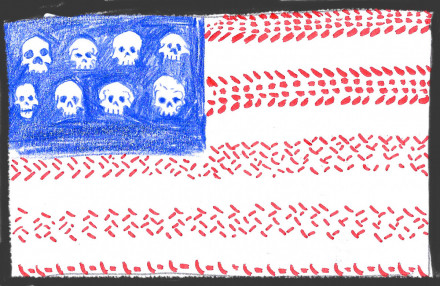 America—with an already remarkably toxic political climate—will once again have a significant impact on its trading partners. Graphic Joey Bruce

The degree to which either Biden or Trump win will help determine what kinds of actions the next president will take domestically and abroad.

“I don’t think Trump is going to win,” said Gertken, but in the event of a renewed mandate, “[Trump] will be gridlocked at home, which means that in a second term he will be going abroad doing things like trade war.”

However, the political will for continued trade wars with Canada might dissipate if Trump is re-elected without the support of the midwestern states that suffered a manufacturing recession caused by his trade war, Gertken said.

A narrow Democrat victory could see Biden “gridlocked at home by a Republican Senate or he could have full control of the Congress with a Democratic Senate and House and in that environment, Biden will be focused at home rebuilding the U.S. economy […] which poses less of a trade risk to everyone.”

The differences between the USMCA and NAFTA remain unclear, said Guillaume Hébert, but as the trend toward de-globalization continues, future free trade agreement deals will be harder to seal. “Protectionism is now an issue in the political landscape in the United States and I don’t think it’s going to disappear.”

Canadians may be looking south to see what direction their neighbours take on Tuesday, but Hébert believes that Canadians have a chance to rethink how they do business, regardless of who wins the White House.

While a Biden presidency would likely see a less nationalistic and more constructive approach to trade, he said, a second Trump protectionist mandate coupled with the need to respond to COVID-19 might encourage Canada to re-organize its economy in a way that is more equitable and less reliant on the United States.