‘Trapped in Elon’s Mansion’: How a Man Named Bagel Took on a Billionaire

Modern Drama With a Shakespearean Twist

“Batshit crazy would be a good descriptor,” said Joe Bagel of his work.

Bagel is the creator of the aptly described play, Trapped in Elon’s Mansion, and is revelling in the piece’s second Montreal staging, this time through the festival POP Montreal.

Bagel’s work takes the summer 2018 story of Azealia Banks’ accusations against fellow pop star Grimes and her boyfriend Elon Musk, the technology magnate, and adds even more intrigue to an already dramatic incident, by performing it all in Shakespearean verse.

“I knew the subject matter very well because who doesn’t know the saga of Elon, Grimes, and Azaelia,” said cast member Edith Ronne.

For those that are unfamiliar with the saga, and are able to avoid the tidal waves of daily celebrity gossip, strap in for a short recap.

Banks and Grimes were set to finish up some collaboration work for Grimes latest project. Banks says Grimes invited her out to her and Musk’s Los Angeles mansion to do so. The former says she ended up spending the entire weekend there, not recording, and Grimes never showing up. 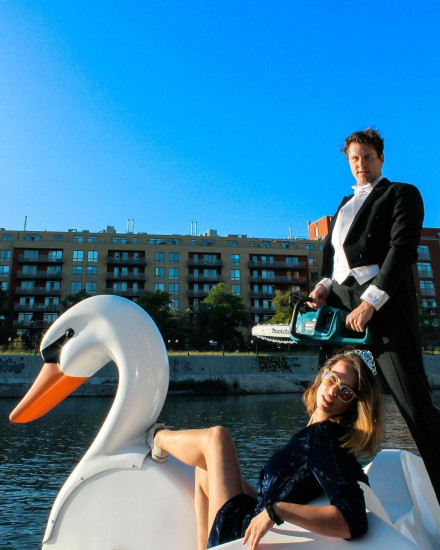 The play revels in the drama of both the celebrity feuds and its shakespearean language. Courtesy Malaika Astorga

She accused Musk of being high on acid during these days and suggesting that was why he tweeted about taking Tesla, his company, private, despite the heavy legal issues this would end up causing Musk.

Musk denied all of this, Banks called him and Grimes out over social media for a multitude of things, like Musk’s family fortune being steeped in colonialism and called him a caveman, before suggesting it may have been an elaborate set up for some odd sexual escapade from the start.

The origins of Bagel’s script are actually based in part on what Banks did next. A callout and promise of $1000 for the best fanfiction about her ordeal was an invitation from Banks for Bagel to start getting into his work. Well, that, along with his own battle with Musk.

Bagel and Musk duked it out a bit on Twitter, when the former came to the defense of an expert in his field that Musk had insulted. Musk would end up accusing the expert of having a degree in “bad literature,” which ended up actually being Shakespeare.

An admittedly petty person who likes to hold a grudge, Bagel waited for his chance to get back.

“That was kind of brewing. I had this antipathy for mister Musk all this time. It wasn’t until Elon’s Mansion that I had a moment to exact my revenge,” he explained.

What began as a single scene of the play in iambic pentameter became a joke even on Facebook and then quickly rolled into writing the entire thing as a full play a few months later.

Bagel wants it to be a fun, unique experience for audiences. That shouldn’t be too hard when you’ve got a bard-style retelling of a story involving rappers, billionaires, drugs, and even an appearance by Jay-Z in the script. 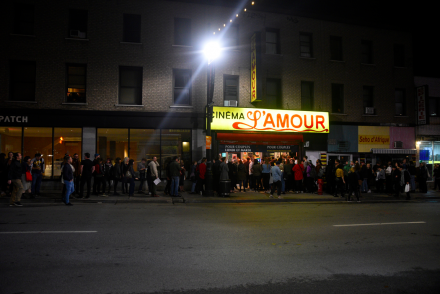 But a big part of the show’s fun and success is that it takes pop culture and celebrities and uses them to reinvigorate an old style of text, according to Bagel and his cast. On the other hand, the verse lends a hint of class to the celebrity gossip angle of it all.

“[It’s a] reframing of that archaic artform of Shakespearean verse type play and putting it in a more contemporary setting and storyline that people would adhere to a lot more,” said cast member Iain Storosko.

Bagel sees the celebrities that the play focuses on as a kind of parallel to the kings and queens that Shakespeare focused on in many of his works, another way the play does a more modern take on things while respecting some of the style of the bard.

“It’s definitely made me feel more interested in traditional theatre by way of my passion for ridiculous gossip,” said Ronne.

Right now, the show is swimming in success. With three productions in the books (two in Montreal and one in Chicago), and near sold out performances , the next plan is to take things on the road. Bagel has shows planned in Toronto, Los Angeles, San Diego, and New York.

The first edition scripts sold at Montreal’s Drawn and Quarterly sold out both in-store and online.

It seems that whether it’s in Shakespeare’s verse or tweets, people can’t get enough of celebrity feuding.

With files from Victoria Lamas.