The carefree acoustic melodies and whimsical chords of Seattle indie-folk band The Head and the Heart are an ideal soundtrack to the warm spring breezes now kissing the Montreal city streets, teasing the glowing summer nights to come.

Their latest album even features singles affectionately named “Springtime” and “Summertime,” defining the jovial mood of the band’s homegrown music.

It wasn’t long ago that The Head and the Heart were simply hometown heroes with a self-released demo. Guitarists and vocalists Josiah Johnson and Jonathan Russell came together in 2009 during a jam session at an open mic night at their local pub. Before long, other musicians were hopping on the bandwagon, eventually forming a full six-piece.

While the newly formed group was busking and bar hopping, their demo made its way to Sub Pop Records, who signed them and released a mastered album of their work in 2010.

Over the next two years, they toured extensively with big-name headliner acts such as Vampire Weekend, Iron & Wine and Death Cab for Cutie before headlining their own shows, rapidly ascending into the mainstream indie scene.

Russell, a founding member who performs vocals, guitar and percussion for the band, said their swift success has been a dizzying ride.

“It’s been pretty surreal. It’s funny; you spend so much time as an aspiring musician dreaming of that day, which seems next to impossible,” he said.

“We went from taking time off work to hop in a smelly van and go on weekend tours, to travelling all over the world and […] getting to see Germany and Paris.” 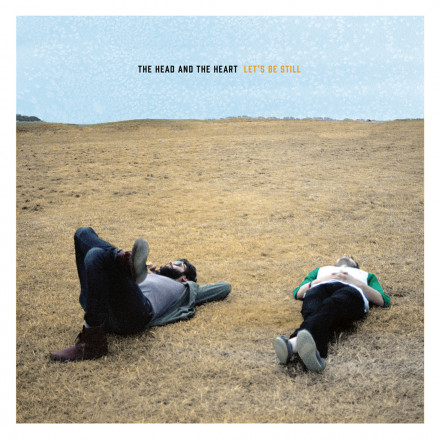 Cover art for The Head and the Heart’s latest album ‘Let’s Be Still.’

Part of their success hinges on big scores in the movie and TV business—you may have picked up on their indie jam “Lost In My Mind” subtly playing during a trailer for Silver Linings Playbook, or heard their standout single “Rivers and Roads” on the American sitcom How I Met Your Mother.

One person who hasn’t noticed the media attention, however, is Russell himself.

“I personally don’t watch TV, it doesn’t really mean much to me,” he said with a laugh.

“The way I look at it is, it gets our music in front of people who might not necessarily have been looking for [it] through the obvious channels.”

Last October, the group released their sophomore full-length, Let’s Be Still, which Russell said celebrates the band’s versatility, as they experimented with all new elements in the recording studio.

He cited the song “Summertime” as a good example of their ability to branch out from their comfort zones, incorporating lightly buzzing synths and a funky rhythm into an otherwise down-to-earth organic single.

“If you would have asked us six months ago, ‘Hey, do you see yourselves with a disco beat and synthesizer?’ we’d be like, ‘Fuck no.’ But we heard that song from [our violinist] Charity and it’s just what made sense when we heard it,” he said.

The fifth track on the album, “Josh McBride,” was named after a real person they know and has a sweet romantic back-story.

“That song, all the lyrics were basically a poem that one of Josiah’s close friends wrote to her then-boyfriend. They’re actually now married,” Russell said.

“She came to Josiah and said, ‘Hey, I wanna turn this into a song, will you help me?’ so Josiah sat down with her for a while and came up with some chords and wrote the melody, but all the lyrics are actually her poem. So yeah, that the guy’s name who she was writing to and is now married to.”

The result is a charming finger-picked serenade made even more meaningful by its lyrics’ origins. Other standout tracks on the record include “Shake,” an upbeat piano-driven anthem showcasing the band’s ability to rock, and “Cruel,” a dreamy rainy day ballad with country roots twanging their way to the surface.

Escaping Music vs. Music as an Escape

On The Head and the Heart’s recent tours, Russell admits to binging on a peculiar genre of music.

“For a chunk of time, all I wanted to listen to was bebop jazz from the ’50s. My brain was just so tired of understanding the pop structure of modern music that I needed a release,” he said.

“I was just getting so burnt out on music and it was like depressing me. I was like, ‘I don’t want to hate music.’

“It was kind of a palette cleanser to put on this super far-out record, like Bitches Brew, and just be like, ‘What is happening in the world!? Like, what is going on?’ Miles Davis just took a box that said ‘music’ on it and just blew it up, nobody knows what this is,” he continued.

For their live shows, Russell says the band is committed to creating a magnetic atmosphere to captivate show-goers and break them out of the mundane.

“What music is supposed to do to you, when you go and you decide, ‘I’m gonna see this show, I’m going to commit to this time tonight, I’m gonna go do this,’ that music better create this escape, this sort of oasis from everything normal and everything predictable about your life,” Russell said.

“Hopefully our show will snap you out of that for an hour and a half. That’s all I can ever hope for.”