What Does the PQ Government’s New Budget Mean for Students?

On Thursday, the Association pour une solidarité syndicale étudiante organized a protest for free tuition in Montreal, the latest in the long-running series of student movement marches occurring on the 22nd of the month.

According to Montreal’s The Gazette, the protest drew several thousand students—months after Pauline Marois’s Parti Québécois government promised a renewal of the tuition fee freeze.

But the fact that ASSE was able to draw so many people so long after the issue had faded from the headlines speaks to the fact that Quebec’s students are not done being concerned with their bottom lines and the importance of a post-secondary education.

Many of their fellow students, if we’re being honest, probably had no interest in a protest for free education. It’s a nice idea, but it’s hard to actually imagine it happening in a place that fought so vehemently over last year’s proposed increase, and where opinion polls still show a strong majority disagreeing with the idea of a tuition freeze.

Still, they would do well to pay attention to the PQ’s new budget, tabled Nov. 20.

The budget lines garnering the most attention, for many, are the sin taxes—increased taxation of cigarettes and liquor. At a basic level, smokers and drinkers will feel a slight hit—an extra $0.50 per pack on cigarettes and similar increases on beer, wine and spirits.

Rare is the student who doesn’t partake in at least one of those two; if they’d increased taxes on coffee as well (Okay, that won’t happen, but coffee is going to keep getting more expensive, so brace yourselves) they might have more than a few thousand students out in the streets.

Still, if complaining about Marois’s draconian/puritan measures will get you play with those who took the PQ’s election as a sign of next month’s coming apocalypse, there are some bright spots for the working poor—and, of course, the studying poor. 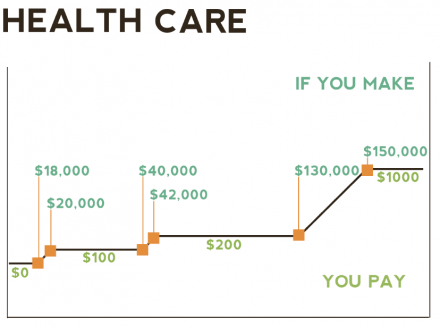 The Liberals’ plan to charge every Quebecer $200 a year for health care has been revised into a tiered system that will see those earning $18,000 or less—if you’re reading this, chances are that’s you and all your friends—excused from contributing. Those earning $150,000 a year or more, meanwhile, will pay $1,000 a year.

The rich will also see a slight increase on their income tax, with those earning six figures and up (sorry, Montreal Canadiens players) seeing their rate hike from 24 per cent to 25.75 per cent. 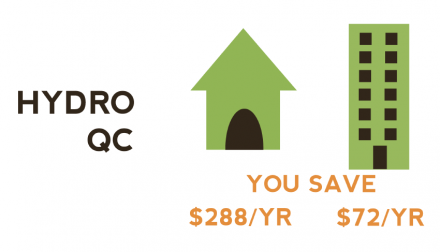 Meanwhile, a proposed hike in Hydro-Québec’s fees has been relaxed somewhat, with a two-thirds decrease from the Liberals’ intended version.

The new hike, which goes into effect in 2014, should cost people living in apartments on average $72 less per apartment than the hit they would have taken, savings that could easily be funneled back to the government through judicious alcohol and cigarette purchases. (If you still live at home, households are set to take advantage of $288 worth of savings in that regard.) 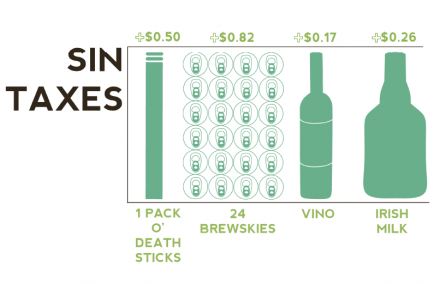 All told, these are pretty common-sense moves that will redistribute wealth in a very Quebecois manner, and represent the social values (campaign trail hints of xenophobia aside) that people voted for the PQ to see implemented.

Of course, many in the media have noted that this is a much less left-leaning budget than PQ governments of years past would have tried to pass, and that it bears little resemblance to the party’s pre-election campaigning. In fact, it smacks of conciliation and general nervousness more than anything.

Which is fair. The PQ was a party elected as a minority government. Their pro-student stance certainly won them many votes from the youth set, but many students also voted for Québec Solidaire—or not at all.

As when she donned and then doffed the red square over the summer, Marois has shown herself to be capable and willing to be a tactician first and an inspiring, principled leader second. She didn’t win the election on a Barack Obama-style wave of hope, nor did her party gain a host of seats in a Jack Layton-style orange crush. She squeaked in.

Whatever else its strengths and weaknesses, the bulk of this budget is not for or about students—it’s to keep the PQ in power without triggering an election or pissing off big business. But it also didn’t do anything to incite the student leaders back into the streets, largely by keeping Marois’s promise to erase the Liberals’ tuition hikes.

From that perspective, it’s nice to know that our premier considers students as something to be feared and taken seriously.

Sure, we’re no pharmaceutical industry or mining industry with millions of lobbying dollars to spend and/or money and jobs to threaten to take elsewhere. Heck, we’re not even a political party that could move to stymie her efforts in the National Assembly.

But there are a lot of us. We can vote. And boy, do we know how to bang on pots and pans, which, if the summer taught us anything, is the best way to go about getting your voice heard and your demands met in this province.

So thank you, Madame Marois, and cheers to Finance Minister Nicolas Marceau. It’s not the best budget in the world but, as a pollster quoted in a recent Gazette article pointed out, “No budget ever satisfies more than 50 per cent of the population.”

Oh, and a parting note: Even after the hike, Quebec’s taxes on cigarettes are still the lowest in the country.

So anyone who supported the tuition fee hike on the grounds that Quebec’s tuition would still be lower than anywhere else in Canada—and the students should just quit complaining—should have a fun time trying to argue that we should have more expensive education rather than more expensive carcinogens, all else being equal.