At the end of every school year Concordia finds itself teeming with art exhibitions, installments, and screenings, the school coming alive to host the numerous projects of its graduating students.

The Concordia Film Festival is one of many events occurring at the end of the winter semester—or at least it should have been. Due to the ongoing global pandemic, the film festival’s 47th edition was put on indefinite hold.

“We decided pretty late that we actually wanted to do the online festival,” said Mélissa Rousseau, one of the CFF’s co-directors. She and Juan Ospina, the festival’s other co-director, considered skipping the event altogether.

“We still wanted to [pay] homage [to] all the work done by the students, especially the Mel Hoppenheim School of Cinema students,” Rousseau said.

Due to the studios being closed, the majority of the film production students have not been able to finish their films—their year-long efforts forcefully halted.

Rousseau encouraged students to submit their projects even if they weren’t perfect.

“There is some great content there,” said Juliette Mazza, the festival’s communications manager. “Everyone is exhausted of their Netflix at this point. We want to bring some films to people at home, wherever they are.”

This year’s festival will also feature a lot more categories than years prior. Mazza mentioned that the ‘Experimental’ category will feature a lot of films that will diversify the CCF’s content and distinguish it from other film festivals.

Even though the physical version of the CFF has been an important part of the university’s culture, “one major quality of having it online,” said Rousseau, is that many international students who submit their work will actually be able to see their films being showcased.

“For the past few years, we’ve had the Student International Competition, which this year is called ‘Spotlight.’ This is the first year that these students who send their films, coming from India or Russia, they can actually see their films online,” said Rousseau. 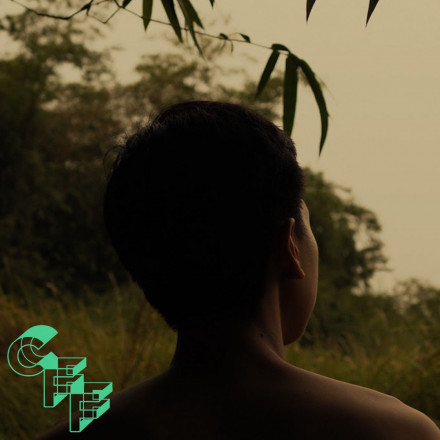 ‘The Mother’s Land’ is another film showcased in the festival. Courtesy Juliette Mazza

“Everyone is exhausted of their Netflix at this point. We want to bring some films to people at home, wherever they are.”
— Juliette Mazza

The ‘Spotlight’ category focuses mainly on the work of its international contributors, but it’s also a good opportunity for students outside of film production to showcase their work. It’s a good place for film production students who only make movies in their free time, away from the university.

An idea that came to the CFF team, after realizing the benefits of going online, was that they could hold interviews with the filmmakers of the ‘Spotlight’ category.

Because the majority of the work they received was done by students from fellow international film schools, the students had never had the chance to see their work in person, as the film was made in their respective country and screened in Montreal.

“Maybe in the future, we could actually think about having this kind of online interview, record them and show them right after their films in the screenings,” she added.

The CFF was scheduled to take place from May 7-10, but Ospina and Rousseau then decided to stream the festival digitally through Twitch. The CFF stream is being held today—Saturday, June 20—and tomorrow.

The CFF first consulted with the Hall building’s technicians, as they had the ability to help set up the virtual event. However, everything they proposed did not quite fit the festival’s type of audience.

The festival’s technical head coordinator, John-Daniel Arauz, suggested they use Twitch. “[It’s] super easy to use and super easy to access because you just need the link and you get on our Twitch account and then, you just see the screening,” explained Rousseau.

“It’s unfortunate that we had to be streaming and not in person, because everyone loves the CFF,” added Mazza. “But it’s nice that, now that it’s streaming, anyone can access it from anywhere.”

Because Twitch allows for a very simple way to stream, the festival’s organizers designed a schedule as though the festival was held in person, making sure no two films will be streamed at the same time, Rousseau explained.

“By getting to more people with the online stream, because it’s free and it’s available wherever you have Twitch,” Mazza said, “people will see the quality of what comes out of the CFF and see how much fun it all is, and hopefully they will want to come next year and the year after.”