Stop Assuming Who I Am

Do Not Stereotype Me;  You Don’t Know Who I Am

It’s one thing to mispronounce somebody’s name on the first try after having just met them. It’s another to assume you know someone from their name, skin colour, or accent.

We’ve all done it, but that’s certainly not an excuse to keep repeating the same mistake everyday when we leave the comfort of our home.

Look at that stranger on the bus, wearing a trench coat drenched in rain water, the tips of their hair dripping, and a look of frustration plastered on their face.

Latching onto a black briefcase like their life depended on it, they anxiously check their watch every minute or so. Their sweater vest has a name sewn in: Rashad.

With nothing but time on my hands until the bus comes to a stop, and the sound of “Case of You” by Joni Mitchell ringing through my earbuds, I continue to analyze Rashad from across the bus.
Just to be clear, I’m not a stalker. I’m getting to the point, and you’ll see why.

Rashad pulls out a book, something that appears to be written in a Middle-Eastern dialect. But that doesn’t stop an elderly white woman sitting nearby from starting the following conversation.

Woman: “Arabic, eh? I once went to Cairo on a trip. Aren’t Egyptians just fascinating? Such rich culture.”

Rashad: “Sorry I wouldn’t know. I’m half Syrian and half Italian, but I’m taking classes to learn Arabic.”

It occurred to me then, and even now as I write, of how such a seemingly normal conversation took such a steep turn. 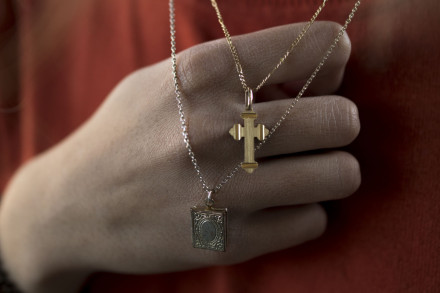 This woman, who probably made a similar assumption as most people on that bus (myself included), never took a second to think about the words that were coming out of her mouth. She had just assumed Rashad’s ethnicity with no knowledge of who they were.

Don’t even get me started on this elderly white woman’s definition of what a “rich culture” is. That’s just as bad as saying that Brown people are exotic.

What in the world does that even mean?

All I can do is shake my head in contempt from how ignorant some people are. Boomers, am I right?

I witnessed this exchange in late August—it’s not the typical kind of racial profiling we see on FBI shows or documentaries or even the news, this is mundane.

Speaking from personal experience as a Person of Colour, it seems as though many external factors also make misidentification so habitual. I’ve learnt that it’s often based on stereotypical portrayals of the traditional non-whites.

It can be as simple as assuming you know someone’s identity based on their name.

This, my friends, is what we in woke culture call problematic. It’s a violation of self-identity, and just plainly ignorant.

Let me break it down for you all, as a POC myself.

My name is Reina Ephrahim. You, the reader, cannot see my face as you read, and will proceed to analyze my entire existence from my name. Hence why I’ve taken the liberty to do it for you. My first name — Reina — is Spanish, meaning queen. My last name — Ephrahim — is Jewish, from the book of Genesis in the Bible; for others, the Torah or the Koran.

Now, you’re probably thinking, “She must be a Hispanic Jew.” Well you’re wrong. I’m actually half Pakistani and half Indian.

Boom, mind blown. All my parents did was pick my name out of a Latin encyclopedia.

With my name and ethnicity now presented, you’re probably thinking I’m either Jewish, Muslim, or Hindu. The answer is that I was raised as a born-again Christian by both my parents, who have been Christians all their lives.

But wait! The colour of my skin also comes into question. I’m traditionally and significantly lighter skinned than the typical South Asian–almost wheat-like. This often gives people the impression that I am Middle Eastern. I usually get mislabeled as Persian, Egyptian, Turkish, or Israeli.

The colour of my skin also leads most to assume that I’m Muslim, or Hindu. But no, I’m afraid that’s just y’all being racists.

Side note: Does this remind anyone about the whole Princess Jasmine scandal during the casting call for Aladdin?

When Disney came out with news of their casting for the live action remake of Aladdin back in 2017, many fans of the classic became livid when they were informed that Princess Jasmine’s role would be played by someone of another race, therein eliciting an ethnically perpetuated backlash on the movie.

Naomi Scott, a London-born actress of both English and Indian descent was the final choice by the film’s producers. Scott was given the task to fill the princess’ shoes, but fans disagreed with the outcome.The problem addressed in this case was why Disney’s producers picked someone of Indian heritage to play a character that is very clearly of Middle-Eastern descent.

This plays right into the stereotype that South Asians and Middle-Easterners share similar, if not identical cultures, traditions, and/or ethnicities. Aladdin’s producers fell right into that trap.

Who knew it would be so hard for movie producers to find someone of the appropriate ethnicity to play a role that pertains to them or their heritage specifically? It’s not like we have a shortage of humans in the world; climate change has made that abundantly clear.

We have yet another case of racism in Hollywood on our hands.

It’s kind of underwhelming to realize that even a mega-corporation like Disney is capable of making such an obvious blunder. Especially when they had two years between 2017 and 2019 to correct the obvious red flag in the whole ordeal.

What can we conclude from this simple breakdown of my name? Well, if you’ve made the same assumptions I’ve previously stated, it makes what I’m about to say very clear:

We tend to stereotype the names of people and appearances with certain ethnic, racial, religious, and other identifiable characteristics upon first impression, which often leaves a lasting effect, even when corrected.

Most of you are probably just unconsciously racist.

The lesson to pick up from this short but concise monologue is that it’s not simply OK to base your entire foundation of a person based on these details.

Before I revealed who I was in this article, you all would have made the same mistake of assuming my entire existence based on preconceived ideas of what I must look like — all that just from my name. In person, you would have done the same, if not worse. 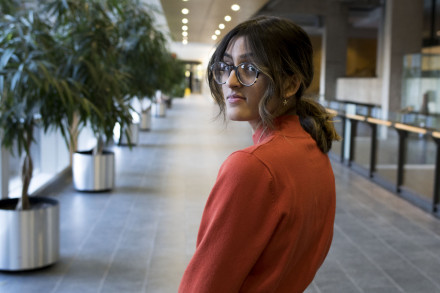 Nevertheless, this is who I am.

I’m a 20-year-old, POC of Pakistani and Indian origin, born in Canada and raised as a Christian, with an ethnic background based in both Muslim and Hindu majority countries, carrying a Jewish last name. Needless to say, I’m the whole controversial package.

Not only am I a culmination of most minorities under scrutiny by the patriarchy; I’m also a queer woman. Bet you weren’t expecting that little curveball.

I am literally the embodiment of Donald Trump’s worst nightmare: A female POC, who is part of the LGBTQ+ community. A triple threat, if you will. Here’s to all the white cis males in existence!

Although social constructs are to be blamed for forming these stereotypes, while disrespectful, they are humanly made.

Being self-aware of those around you is important—this I cannot stress enough. Which is why it saddens me to see these kinds of if-the-shoe-fits-wear-it scenarios. Neither my name, my skin colour, my gender, nor my religious beliefs are traits that fit a typical generality that was created by the colonization period. I can vouch for this, and I’m sure that Rashad and many other POC would agree with this notion.

At the end of the day, it’s all really a matter of respect.

Seriously, I only wish people would ask me more specific questions about who I am rather than making assumptions, therein making a total fool out
of themselves.

It would at least show me and others that people are somewhat taking initiative to be more conscientious of the many ethnic groups in the city we live in, with each person having a story of their own.

Let’s all collectively avoid making total asshats out of ourselves and show some basic human decency, shall we?