An evening of speakers, Q and As, and networking drew a young, diverse crowd looking for representation and jobs in the tech sector on Oct. 24.

QueerTech describes itself as a “not-for-profit advocacy group for gender, sex and sexual minority (LGBTQ) professionals in the technology sector.” The organisation, founded by Naoufel Testaouni, held its first event three years ago. “I thought, maybe there’s gonna be like 10 of us and we can have a chat,” Testaouni recalls. He was amazed when roughly 50 people from the growing Facebook event group showed up. That’s when he realized he had created a much-needed space.

The Facebook group now holds nearly 2100 members who congregate on a monthly basis at a variety of events hosted by QueerTech.

The tech sector has been historically known for its lack of diversity. Testaouni explained QueerTech aims to dispel this stereotype by opening up a safe space for LGBTQ+ people in tech. 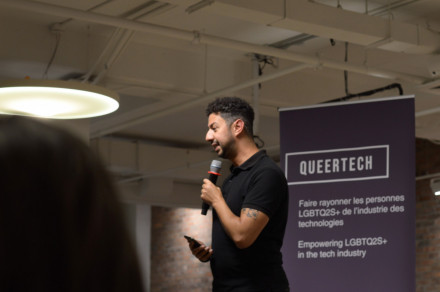 Naoufel Testaouni speaking to the audience during the Queertech event. Photo by Noemi Stella Mazurek

This is achieved by partnering with inclusive companies such as Lighthouse Labs to bring diverse opportunities.

Testaouni, not a coder himself, said his own tech knowledge extends itself to watching software engineers light up screens with numbers and colours. He joked, “watching them pick all the colours, the purple and the pink, I feel like coding was made for the queer community because you can really really have a lot of fun.”

Lytical brought some of this fun colour to the stage next with a towering bright purple coiffure. The drag queen, who made the trip up all the way from New York, works on the Google developer relations team by day and makes tech tutorials in drag for their Youtube channel by night.

Radiating glamour and poise in holographic face glitter and lengthy bedazzled nails, Lytical was interviewed by Eddie Jude Hareven in a fireside-style conversation. Hareven, also a member of the LGBTQ+ community, is a self-taught coder. Haraven used Youtube videos and online tutorials to learn how to code, and recalls the process being very lonely and isolating. This sentiment of solitude was intensified by the lack of LGBTQ+ representation on the internet, explains Hareven. 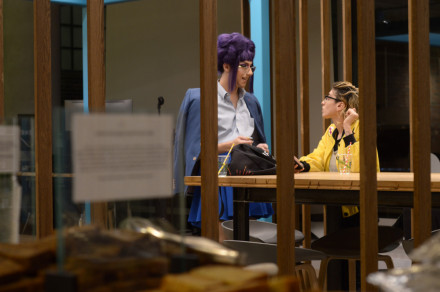 Hareven wishes they had found Lytical’s videos sooner. “I really liked […] the queerness of the videos, the gender non-conformity […] made me instantly more engaged as a queer person,” explains Hareven.

In the Lighthouse Labs panel that followed the interview, Riki Libby and Andrea Finlay, graduates of the company’s coding boot camp, echoed the sentiment of under-representation.

“Any kind of unknown can be intimidating, and then especially when you layer on the fact that it’s no secret that the tech industry isn’t exactly diverse, [and is] not always welcoming,” explained Finlay. The graduates recalled enduring intimidating hiring processes done by pushy, aggressive men as well as having to overcome feelings of trans “impostor syndrome” in their workplaces.

Lytical explained that they were fortunate to have, for the most part, been surrounded by fairly diverse and accepting co-workers. However, they argued the inclusion problem in the tech world is far from solved. 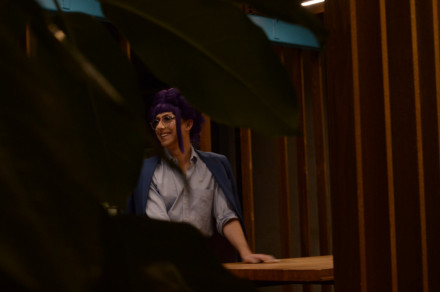 According to Lytical, allies can do a lot to break down barriers, both in the tech industry and beyond. “I think the first step is awareness, like what are your biases that are subconscious,” they explained. To achieve this awareness, education is crucial, explained Lytical.

Lytical believes training and meetings where everyone is included and listened to are central to achieving respect and support in workplaces. Lytical explained that the conversation needs to involve everyone in order to accurately uncover stigma.

When Lytical exclaimed “don’t ask the white guy for advice on diversity, ask the people who are feeling affected,” the crowd erupted into cheers and applause.