Montreal collectives come together to create space for QTBIPOC

Series of virtual panels to address colourism and white-passing privilege

At the beginning of the pandemic, Concordia’s Centre for Gender Advocacy reached out to members of Fruition Mtl to come together and collaborate. Joining forces, these two Montreal based organizations created We Thrive 2020, and their next online event is happening on Oct. 2.

The We Thrive 2020 series, which started in July, features virtual panels, workshops, and discussions with a different topic for each session. Each session spans about a month and presents three separate panels that are open to the public.

The next topic being present in three virtual events throughout October and November is “Showing Up for Each Other/Talking about Our Business.” This session tackles the subject of colourism and white-passing privilege within QTBIPOC communities.

Fruition Mtl, a collective for and by QTBIPOC, caught the attention of the CGA. The independent Concordia organization is mandated to promote gender equality and empowerment.

“Our mandate is to uplift voices,” said Dayna Danger, the programming and campaign coordinator at the CGA. “Pretty much anything under the umbrella of gender we can tap into.”

Danger wanted to work together with Fruition Mtl to give the collective access to the organization’s platform in order to connect with the community.

“For me, it’s really important to pair with people who are already doing this work,” Danger said. “As a programmer, I don’t need to reinvent the wheel. Why would I build an event about something that a collective like Fruition is already doing?”

Members of Fruition Mtl were equally excited for the opportunity of bringing communities together.

“Their focus is to organize events for the Indigenous community, but also queer events. Because there’s an ‘I’ in QTBIPOC, there was kind of like this need to collaborate with us so that we could have a holistic QTBIPOC experience,” said Kat Louis, member of Fruition.

Fruition Mtl is a collective that creates spaces for learning, creating, and provides people with tools to ensure safety on their identity, existence, and artistry. They were formed in response to a lack of consistent events and spaces for the QTBIPOC community.

“We’re not gonna hide the truth here, we usually organize the most lit events,” Kat Louis, Fruition member said. “Our events are fun and people want to come to them. But it was not often closed for us to be amongst each other and away from microaggressions and white people coming up to you and touching you and asking you where you come from.” 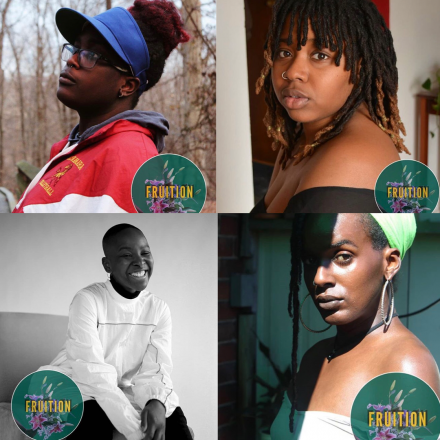 Fruition members found that even when QTBIPOC organizers were creating closed spaces, they were too infrequent. There wasn’t a collective or coalition ensuring that people had regular spaces to go to in order to be around their community.

“We would basically have to rely on a few people who were working and had the money to put on events or a few DJs who were well connected with certain venues,” Louis explained.

Louis described that even when there have been spaces originally created for QTBIPOC, they have often been gentrified and monetized by people outside the community. In other cases, organizers have run out of funds or resources and events suddenly stop, leaving people wondering when they can expect another space to be around their community.

“It [would] never be like there was a guaranteed collection of people that are making sure there [were] consistent events for QTBIPOC. It was always just random, and some people would move or certain event series would stop,” Louis said.

The October to November session of the We Thrive 2020 panel does just that, by bridging the conversation of internal colourism, white-passing privilege, and colonialism between Black and Indigenous communities.

“There’s a lot of similarities that we see with Indigenous communities and Black communities in terms of cultural ignorance, the appropriation,” Danger said of the session’s topic. “There is definitely colourism in our communities. And we need to be having those conversations.”

“It’s really important that we have these conversations because Black and Indigenous people are dying. We need to talk about the ways we can lift each other up and not tear each other down. And what does that work actually look like? Because it’s not easy,” Danger continued.

The session’s first event is happening on Friday, Oct. 2 from 6 p.m. to 8 p.m. The panel, being moderated by a Fruition member, will be made up of four Black community members discussing white-passing privilege, colourism, and how it’s affecting activism.

The session’s second event will be a discussion held by Indigenous community members discussing the same topics as well as lateral allyship, and parallels between anti-Black racism.

The dates for upcoming events will be posted within the month on the Fruition Mtl Facebook page. The Zoom link for the panels will also be posted to their Facebook prior to the event.