‘I Felt Like I Survived a Mini War’ in Hong Kong

Mercedes*, a fourth-year accountancy student at Concordia, spent a semester in her family’s hometown of Hong Kong. She knew the basics of Cantonese and wanted to improve her language skills and finally see the culture for herself, so she went on exchange to City University of Hong Kong.

When Mercedes left Montreal, she knew there were riots in Hong Kong but didn’t think much of them. Protests had been going on since April, when the government introduced a bill that would allow extradition to mainland China.

The bill exacerbated fears for the loss of Hong Kong’s autonomy within the “one country, two systems” framework, in place since the region was given back to China by the British in 1997.

The first few months of her exchange went smoothly. She had classes from Monday to Wednesday. They were mostly morning classes, so in the afternoon she would would work on assignments or see her friends, going out for dinner or making home-cooked meals. From Thursday to Sunday, she would take trips around Asia, visiting nearby countries like Japan and Singapore.

But in November protests escalated. Suddenly, Mercedes had to return to Montreal a few weeks early, and the rest of the semester got cancelled. Her exams were cancelled, and her grade will be based on her assignments instead.

Mercedes sat down with The Link to share her experience. 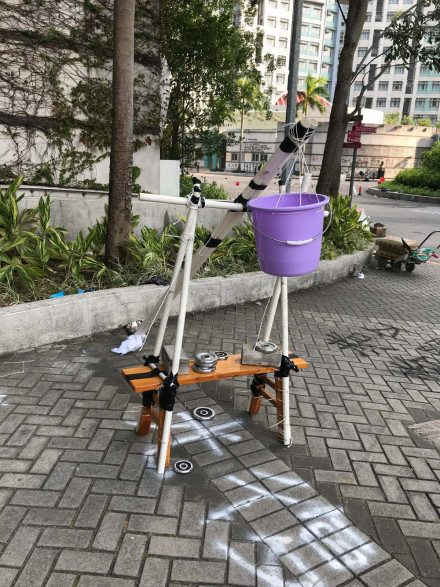 Answers have been edited for clarity and length.

The Link: Did you witness any of the protests?

Mercedes: Ever since Oct. 31, things started getting out of hand. The biggest week was from Nov. 11 to Nov. 14. That was crazy, there were a lot of protests. It became violent to the point where tear gas was being thrown into our residence. We saw everything. The residence master told us to close all the windows because tear gas could go through. You could see how students were there with their masks on and trying to make some sort of catapult to fire bricks, water balloons, and Molotov cocktails at the cops.

Once, I took a picture on my last day to show my family—not of the students, but of the grounds, to show how chaotic it was and what the environment was like. One student saw me taking the picture, so he ran up to me and said, “I’m so sorry, I need to see your pictures to see if there are any of me because I don’t have my mask on. I was eating.” I was like, “I didn’t take any pictures of you, just of the grounds.” That really made me realize how sad I was for them because they are risking their lives for their independence and their country. He showed a feeling of fear, fear that someone would have his picture online and use it as proof for the police to know who he was and catch him.

At some point, we didn’t really go to school, and classes got cancelled at the end. Within those three days, the grounds were done. The school was a mess. They really had to clean the school because there was garbage and graffiti everywhere. The metro wasn’t working, and the nearest grocery store was closed. It was so inconvenient for me. I couldn’t live there anymore.

I wasn’t scared because I know I can avoid being caught in a protest or busy areas, but this time it was in front of my school, and I couldn’t avoid it anymore. That week I had to live with my aunt to feel more comfortable.

The Link: Can you paint me a picture?

Mercedes: By the time I left, the final day, I felt like I survived a mini war. It felt as if it was a ghost town, no one was on the roads, the streets were all blocked by bricks. It looked like a huge construction area. To flag down a taxi was super hard. There were no buses operating, no metro, so we needed to take a taxi to the airport. For the people who stayed there longer, the school provided another place off-campus to stay. It became an unsafe place for students to be. 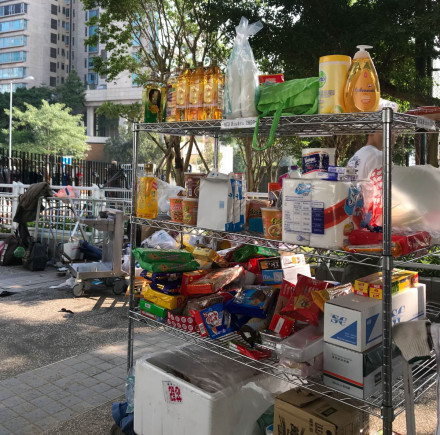 If you go on YouTube and type in Chinese, you can access a lot of information that depicts both sides. What’s depicted in Western news can be very biased, and some people are not aware of what actually happened. I didn’t see the fire happening, but there were protesters that started flooding my school. There was not really a fire within the school, but there were fires at other schools, like Polytechnic. I left when everything started getting very chaotic.

You’ll only see the bad news, but there’s still a lot of safe places in Hong Kong, and it’s a very beautiful place. I was not that affected by the protests. It was only at the end that it got out of hand. My mom would call me a lot while I was there about the news and the protests, asking me if I was okay, and at the time I felt safe and things didn’t affect me. But then it grew and that was when I left.

Mercedes: The protesters would cause a scene and make a mess, like smashing things to make the cops and the government realize that this is not what they want. They wanted to be seen and have a voice of their own. This is the thing—we never have complete information. You never know if the cops are bribed by China, and that’s something a lot of people think. You don’t really see the bad stuff from the cops in the news, but if you go on YouTube, the ambulance would try to save people in the metro and couldn’t. You had cops dressed in black looking like protesters who would beat people up. When the ambulance tried to get in, the cops didn’t allow them to. The paramedic was like, “I’m just trying to save my people,” and one guy was saying, ‘I always wanted to be a cop, but you really let me down.” One woman was saying “Just let me save our people, then you can take me,” and the cops closed the metro gates on them and wouldn’t let them save people. The people who were injured were just stuck down there and they were bleeding and needed help. 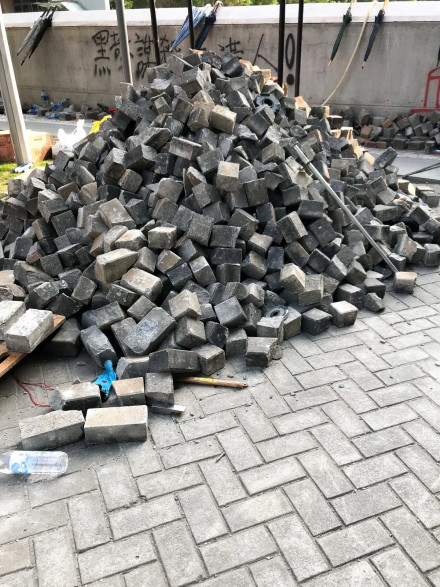 I know protesters have been getting out of hand lately, but I think the reason protesters are really mad is because even back when protesters weren’t as violent, the cops wouldn’t use batons to arrest people and used guns instead. In another video I saw, two protesters didn’t do any harm to the cop but came too close to them, and the cop just shot one guy, and his liver or kidney got damaged. The cop arrested the guy, and he was hurt and dying and no one called for help. A woman tried to call and she got arrested, too, and she was just trying to help the guy. I don’t really know where I stand, but I do feel bad for the students.

I remember the slogan “eye for an eye,” because a cop accidentally shot a girl in the eye and left her blind. When you start to hurt people, kill people, use a lot of violence, even to this day certain local people like my cousin say, “You never know who is causing a fire at a school or breaking down shopping malls. It could be undercover cops trying to make protesters look bad,” and that was present before. Like I said, both sides are getting violent, so you never know. But for a while it was to make the protesters look bad.

The Link: What do you want people reading your story to learn from your experience? 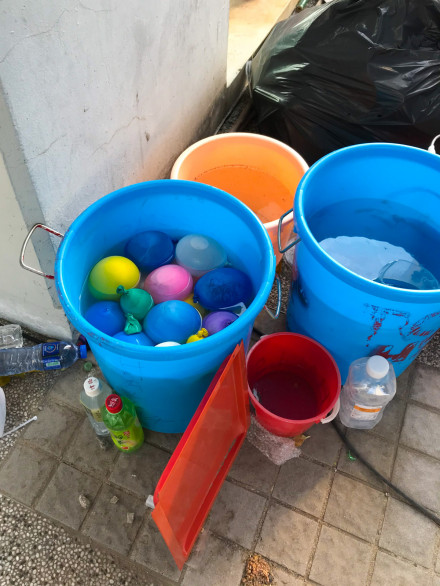 Mercedes: I guess I just want them to realize they can of course have their own opinion and judgment, but at the end of the day, you’re missing information and you never know what’s really out there. You don’t know the truth and you can’t always depend on the news to give you evidence of everything. You have to be aware of both sides, try to understand, and not be super opinionated.

There are certain people I spoke to who are really on one side, and I could understand, but being there for four months, when you actually see it in person, it’s different. At first, before going, I was more against the protesters, but once I left and came back here, I felt bad for the students, and it grew on me. My aunt would say the news is brainwashing me, but you can’t just see what’s on the news. We don’t know what’s happening between the government and cops and who’s bribing who.

I hope one day I can go back and either see Hong Kong’s victory, but I’ll be okay with whatever happens. I just hope it will return to being more peaceful like it was because there are high costs associated with repairing the whole city.