Zines, Photography, Paintings and More—Les Bêtes Sauvages Reveal the Many Facets of Art

Claire Martinant, artistic director of the publication and primary organizer of the event, said that variety was crucial when planning the market.

Blairelle and Gigi, who asked to go by their first names because of the subject matter of their art, were present to sell their new zine: “Les Ejaculeuses”, a product of the experiences of the two women. In it, they discuss the little-understood phenomenon of female ejaculation. 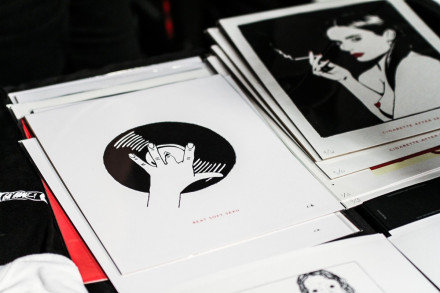 They end the zine with an explanation of how female ejaculation works, Gigi said. “We wanted people just to be able to be open to talk about it.”

Meanwhile, Marcelo Troche was selling his tintype nude photography. Tintype is an old photographic technique from the 1850s.

The models in his photos are mostly nude, sitting or standing in relaxed poses. The technique he uses gives the photos an antique quality, but Troche says some of them are just a few weeks old.

“I often use the female body in what I do, but in a positive light. Taking back our sexuality, with all ways possible: the colour, the touch, the shapes,” —Carolane Bélanger

“I have a kid and he’s been exposed to my photography since he was young, so for him seeing naked people in pictures and books, it’s no big deal,” he said. “It depends on how you grow up, I guess, and how your parents are.” 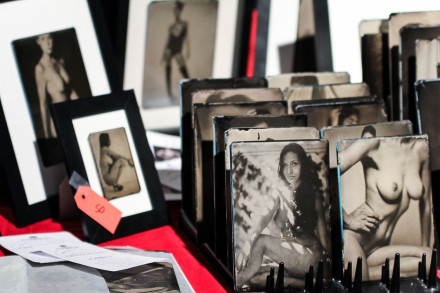 “I often use the female body in what I do, but in a positive light. Taking back our sexuality, with all ways possible: the colour, the touch, the shapes,” she said.

“My whole family, no one wants to buy my art because it’s too sexual. ‘Do you do anything besides sex?’ they asked,” she said. “There’s a big taboo, but it’s in our day-to-day lives. There shouldn’t be.”