A Look at Three Women Making Things Move at Concordia

In last week’s Gender and Sexuality Issue, The Link looked at, among other things, the gender breakdown of students and faculty involved at Concordia.
The results were disappointing, but not unexpected.

In last week’s Gender and Sexuality Issue, The Link looked at, among other things, the gender breakdown of students and faculty involved at Concordia.
The results were disappointing, but not unexpected.

While the ratio of male to female students at this school is almost equal, it’s statistically less likely for women to move ahead with their degrees to achieve the same high-paying jobs as their male counterparts, and, if they do, those jobs stand to be less high-paying.

However, that’s not to say there aren’t females at the top at ConU doing excellent work.

These are women making their gender proud—maybe the next time The Link has to breakdown gender stats, things will look a little different. 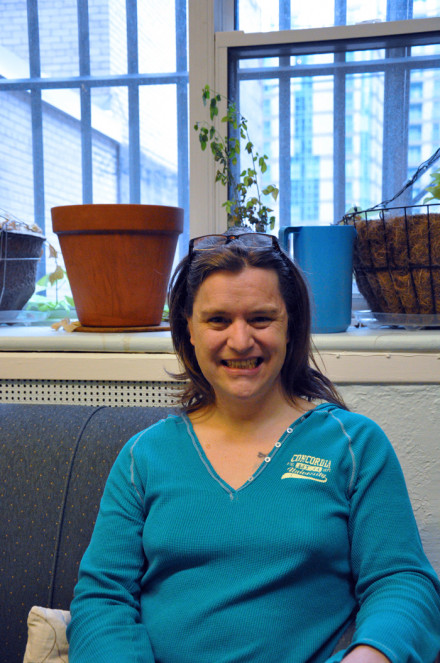 After coming to Concordia as a mature student, Gabrielle Bouchard has been working at Concordia’s 2110 Centre for Gender Advocacy for the past three years.

“I was able to re-invent not the programs, but the way that they have been done,” Bouchard said of changes that have been made to the centre since her hiring.
“Based on the way that they’ve been done previously and using that experience then finding new ways to do it. And to just have fun with that!”

Since she started at the centre, they have acquired a second space, a change that she said is a “very significant shift in the possibilities of the centre.”

Bouchard also started the Damit! Project, a Concordia Student Union-sanctioned initiative to start distributing dental dams as freely as condoms, a case which they are currently working on with the objective to present it to the Minister of Health.

Although Bouchard is not headlining the 2110 Centre’s initiative of pushing for a sexual assault centre at Concordia, she is optimistic about the steps that have been taken this year.

“A lot of sub-groups from the centre have been working on this for a very long time and now we’re starting to see results. There’s a very open line of communication with the university, and we’re really hoping to see something happen pretty soon.” 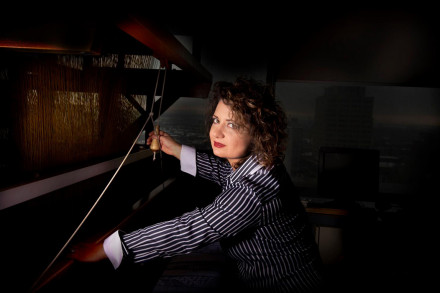 Joanna Berzowska has paved her own path from the very beginning. Interested in the field of computation arts before it was even offered as an academic stream, Berzowska created her education to suit her interests by simultaneously taking a math degree at McGill University and a degree in design at Concordia.

“Because [the technology] was so new I had basically taught myself and found that everyone one was self-taught,” said Berzowska.

“I worked there for a year developing interactive graphics, [then] went to grad school at the Massachusetts Institute of Technology’s media lab, to invent new ways that technology can impact the world of communications.”

Berzowska then moved to working at a start-up company in Boston that developed products like sneakers that changed colours depending on the wearer’s running speed—all the while thinking about how we can use electronic textiles to make an interactive environment.

Then, after 9/11, as the economy began to plummet, her contracts began to drop, but she started getting phone calls from United States military sub-contractors.

“I did a little bit of work for the military […] but I had some ethical and moral questions about doing military work,” she said.

From working with the American army, she was then offered the “farthest thing imaginable” from her old job—a position at Concordia in the Computation Arts Department. 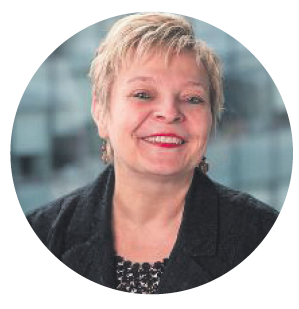 Before coming to Concordia, Mota worked as a journalist in Montreal, filing and telling stories at “every radio station except the CBC.”

She worked primarily on the news desk for various outlets, as well as producing radio, and did a talk show.

“I didn’t have much confidence that there would be a lot of work [in journalism] at the time,” Mota said about her move to switch careers in 1993.

“I don’t regret it for a day, I still do media—I just do it on the other side of the phone now.”

Currently, as the official spokesperson of Concordia University, Mota deals with media of all sorts on a daily basis, and even still uses her contacts from her days as a journalist because, as she said, “the media is very small.”