A Primer on Concordia’s Board of Governors

The Board of Governors is the highest decision making body in the university. But who are they, and what do they actually do?

The Board of Governors determine Concordia’s operating budget, set tuition each year, plan the university’s long term goals, approve collective agreements between Concordia and its workers unions, and bargains with them when needed. The board also lays out the school’s policies, including its official values and code of ethics.

The board also takes care of appointing the university’s highest administrators, like the provost, vice- president and faculty deans.

Unlike the university’s senate, which focuses on Concordia’s academic sphere, the Board of Governors’ main responsibility is to direct Concordia as a corporation, which explains why it has a high representation of external members with strong backgrounds in business.

Most of its members come from outside Concordia. Oftentimes external members come from banks or other large corporations, as Concordia seeks their expertise. The school also benefits from their generosity and governors are expected to help the school in its fundraising efforts.

The Board of Governors also has the freedom to override the decisions made by other governing bodies, including the senate.

Concordia spokesperson Mary-Jo Barr said, however, that the board rarely uses its right to veto the decisions made by other bodies in the school.

The Structure of the Board

The Board of Governors has 25 volunteer members. Fifteen members are from outside Concordia, while 10 are from the institution, including five full-time teachers, one part-time teacher and one administrator.

Three members are student representatives: two from the Concordia Student Union and one from the Graduate Student Association .

Board members, who are nominated by various university bodies in closed session, hold their position for up to three years. The student representatives are the exemption, sitting on the board for only a year. It’s the board’s governance and ethics committee that nominates non-university members.

Criticism of the Board

In the last year, the board was put under scrutiny for a number of severance packages they authorized. Severance packages are payments given to administrators for the year following their departure.

In the 2015 to 2016 academic year, Concordia paid almost $1.1 million to five senior administrators who left from their positions, including Sonia Trudel who served as the university’s CFO for just 90 days. She was allotted $235,000.

In the past, the Board of Governors has been criticised for having too many external members, notably by student politicians. They say it has an overrepresentation of CEOs and executives, and with higher- ups from RBC, Meridian Financial, Rio Tinto Alcan, Loto Quebec, some argue they’re unable to fully represent Concordia’s student population. Sixty per cent of the board is made up of external members, giving them a lot of sway when it comes to decision making.

Student leaders have also criticised the board for its lack of student representation. The percentage of student sitting on the board has dwindled over the years, going from 10 per cent down to four per cent.

Here’s a look at some of the players on the board and the corporations that they come from. 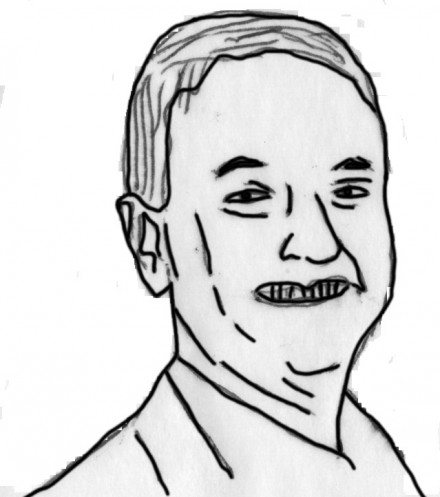 Michael Novak
Formerly SNC-Lavalin Internation
External Member on the Board

Novak was the chairman of SNC-Lavalin International from 1996 to 2013, when he resigned. The company is the largest engineering firm in Canada and has operations in more than 160 countries. Throughout Novak’s time at SNC- Lavalin International, the company was mired by quite the controversy.

In 2011, Montreal police alleged that former SNC-Lavalin CEO Pierre Duhaime bribed then-McGill University Health Centre CEO Dr. Arthur Porter to secure the contract for the superhospital. The company was investigated by the Charbonneau Commission, which looked at corruption related to the awarding of public construction contracts. During the commission, other employees were accused fraud and forgery.

Also interesting is the company’s relationship with the late Libyan dictator Muammar Gaddafi. SNC-Lavalin signed many contracts with the regime, and court documents showed that many were signed by Novak. Riadh Ben Aïssa, SNC- Lavalin’s former vice-president, served two and a half years in a Swiss jail after he admitted to corruption and money laundering that occurred throughout the company’s projects in Libya.

When SNC-Lavalin left the country in 2011, they left behind $22.9 million in Libyan banks. Ben Aïssa has since accused the company of scapegoating him and says that throughout his years in office it was quite frequent for top executives to make use of bribery in order to secure contracts from Gaddafi’s regime.

He’s since alleged that those bribes included extravagant gifts such as yachts, prostitutes—and even tickets for a Spice Girls concert. He also claimed that the company’s upper management at the time, including Novak, were all well aware of this, which Novak denied.

Novak currently serves as the Chairman of Fédération des chambres de commerce du Québec, a federation of more than 140 merchant groups that represent more than 60,000 businesses in Quebec.

The Board of Governors’ main responsibility is to direct Concordia as a corporation, which explains why it has a high representation of external members with strong backgrounds in business.

Philippe Pourreaux
Rio Tinto Alcan
External Member on the Board 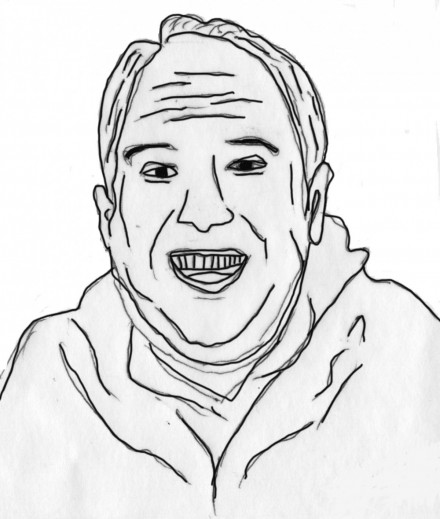 Pourreaux is Rio Tinto Alcan’s Business Analysis manager. Based in Montreal, Rio Tinto Alcan is a global corporation that mines and produces aluminum around the world, with much of their production in Quebec.

In October 2015, Rio Tinto Alcan ran into trouble after the Saik’uz and Stellat’en First Nations in British- Columbia were granted the right to sue the company by the Supreme Court of Canada. This decision by the Supreme Court came after the two nations brought forward complaints to their local courts saying that the company’s operations in their communities had resulted in harm towards their fisheries and had infringed upon their riparian rights.

At the time, Saik’uz chief Jackie Thomas called it, “one of the largest environmentally damaging projects in B.C. history.”

Also in B.C., Rio Tinto Alcan was again brought to courts after illegally lowering the ow of the Kemano River, which destroyed the river’s salmon in the process. For that, they were issued a ne of $125,000 dollars, though the Supreme Court later decided to waive the fine.

Jonathan Wener
Concordia Chancellor, Canderel
Non-Voting Member of The Board

Wener is the chairman, CEO and founder of Canderel, a national real estate company based in Montreal. Wener had also served on the Board of Directors for the Laurentian Bank.

In January 2016, the company was sued for $31.6 million after a Toronto condo corporation accused Canderel of negligent misrepresentation of the worth of a mall property, as well as breach of contract and construction deficiencies.

A bit of a Concordia lifer, Wener started his career in real estate during his reign as President of the Daytime Student Association, a student union similar to the current CSU. There, he helped set up a student space on Crescent St. in 1970. But with the association’s deficit running at $50,000 four years later, Wener later chose to buy the building for himself.

His interest in student spaces didn’t die down forever. In 2011, he and the board reportedly pressured the CSU to purchase the $43 million Faubourg building on Ste. Catherine St. so that it could be used as a student space.
Through more than one referendum, the student population shut that offer down. For good reason too, the CSU and university administration chose to not disclose very much information about the building; students did not know which building was the focal point of these conversations. They did this since they thought that if such information got out, it would interfere in real estate negotiations and possibly bring up the price of the building.

Despite that, Wener ignored student wishes to stay away from purchasing the building.

“Now that it’s under contract, it doesn’t have to go through students. The university can go different ways, but it would be a travesty if the students didn’t benefit” said Wener in an interview with The Link at the time.

“We do have a plan B, and it doesn’t matter if the student’s don’t want it because, quite frankly, we can make it work for the university without the students,” he also said.

Read more about the Board of Governor’s here: https://thelinknewspaper.ca/article/history-of-concordias-board-of-governors